How is child maintenance calculated? – opinion article by Nuno Cardoso-Ribeiro at Público

Opinion article by our coordinator, Nuno Cardoso-Ribeiro, in the Público newspaper of 20/07/2021 regarding the calculation of child maintenance. Read the article on Público’s website or the translation and pdf below:

“How is child maintenance calculated?

The parents’ contribution to child support must be qualitatively equal, which may mean that the father and mother bear paying different amounts.

The summer vacations have arrived, a period usually followed by an increase in the number of divorces and separations. The increased cohabitation period can prove difficult to manage in marital relationships that were already experiencing difficulties.

Once separation or divorce has been decided, it will be necessary to regulate parental responsibilities with regard to children under 18 years of age. And in this context, parents wonder about the formula to determine the amount of child maintenance to be paid.

First of all, it should be noted that, unlike what happens in other countries, there is no mathematical formula to determine the exact amount to be paid. The law only provides that this amount should be determined according to the needs of the respondent – in this case, the child – and the possibilities of the obligor (art. 2004 of the Civil Code).

The maximum limit of child maintenance corresponds to the amount necessary to meet the child’s needs (art. 2003 of the Civil Code). It includes, among others, the following expenses: food, school expenses, health, medicines, clothing and footwear, transport, housing, recreation and sports.

The calculation of the child’s expenses must take into account the standard of living of the child’s parents. A monthly expense for riding lessons, for example, may be significant in some cases and irrelevant in others. It all depends on whether or not, given the family’s socio-economic level, it should be an expense to be considered.

Once the amount of the child’s monthly expenses has been determined, we then obtain the maximum veto that the alimony should exceed, even if the obligor has a lot of money. In fact, the parents’ standard of living is only relevant for the purpose of determining specific expenses of the child that should be taken into account for this purpose.

The child’s expenses should be shared between both parents, according to each one’s means. In other words, a greater financial availability of one parent will mean a greater contribution to the child’s support.

When the child remains mostly in the care of one parent, called the “guardian” or “resident parent”, he or she will initially pay most or all of the child’s expenses, and the other, called the “non-resident” parent, will contribute by paying child support. This should amount to half of the children’s expenses, unless the financial availability of the parents is not equal. In such cases, it may be that the alimony is, for example, 60% or 70% of the child’s total expenses.

Whenever the regime practiced is that of alternated residence – and, therefore, the child remains with both parents for equal periods of time – there will be no need, in principle, for the payment of alimony, since each parent will bear the child’s expenses for as long as the child remains in their care. This will not be the case only in situations where the financial availability of the father and mother is substantially different. In such cases, alimony may be payable to ensure that each parent’s contribution is qualitatively equal.

The determination of child maintenance, and the amount of child maintenance to be paid, depends on different variables and not on a mathematical formula where the child’s expenses are split in half. The parents’ contribution to child support should be qualitatively equal, which may mean that the father and mother bear the payment of different amounts. 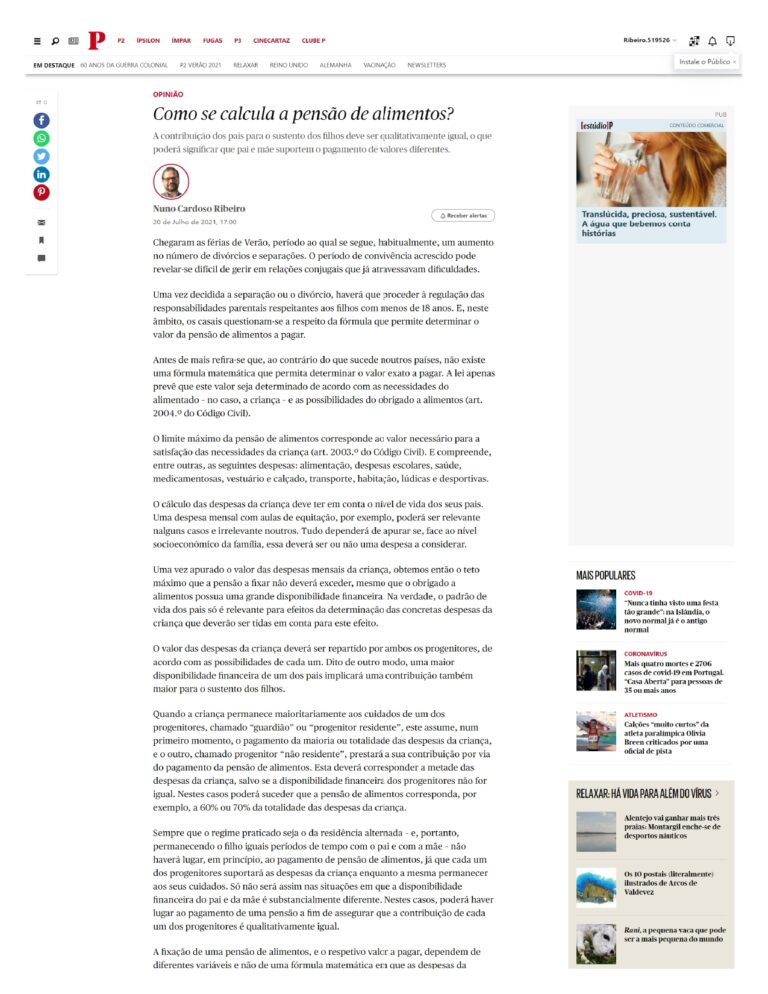 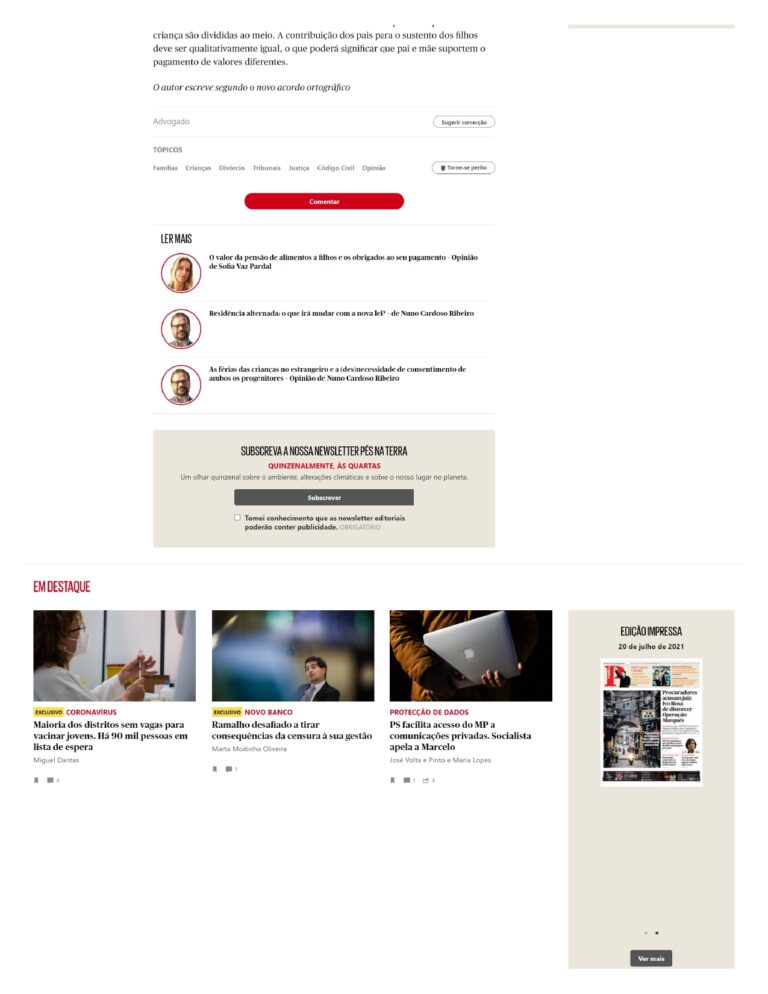