Opinion article by our coordinator in the Público newspaper of 18/12/2021, regarding adultery and the divorce process. Read the article on Público’s website or the translation and pdf below:

“Adultery and the divorce process

“there will be no room for alimony whenever it is shrinkingly unfair to impose such an obligation on the spouse who would, in principle, be obliged to pay it.”

Adultery has traditionally been one of the primary grounds for divorce, with harsh consequences for offenders. As of 2018, we now have a legal divorce regime that no longer relies on fault-finding, a regime said to decree divorce. Thus, violations of marital duties – fidelity, respect, cohabitation, cooperation and assistance – in principle no longer carry consequences for the spouses.

It turns out that in parallel with divorce, there are a number of other matters that will have to be decided. This is the case with the regulation of parental responsibilities with regard to children under 18 years of age, the possible payment of alimony to one of the spouses, the allocation of the family home, etc. And it is within the scope of these matters, or some of them, that the violation of marital duties may become relevant.

The Civil Code provides that the right to maintenance between former spouses may be denied for reasons of manifest equity (Cf. art. 2016, paragraph 3). This means that there will be no right to alimony whenever it is shrinkingly unfair to impose such an obligation on the spouse who would, in principle, be obliged to pay it. Imagine a husband who commits crimes against his wife, causing her to divorce, and yet asks the court to set alimony to be paid to him by the victim! In such cases, and based on the very serious breach of the duty of respect, the court may – should – deny him the right to alimony.

In cases of de facto separation of spouses who remain married, the law continues to make express reference to guilt, providing that only the “innocent” spouse – who did not cause the separation – may demand the other spouse to fulfil the duty of assistance (Cf. art. 1675 of the Civil Code).

In the case of the definition of parental responsibilities regarding children, the violation of marital duties will not, in principle, be relevant: the (superior) interest to be safeguarded is that of the children and it is not seen that this interest can be harmed by virtue of one of the parents having engaged in extramarital relations during the marriage. The violation of marital duties will only be important here insofar as it also constitutes a violation of the parents’ duties towards their children. This will be the case, for example, when a parent breaches the duty of care to his or her spouse and, at the same time, the duty to support the children.

While the 2008 legislative amendment largely eliminated fault from the divorce process, the fact remains that subjective appraisal of the parties’ behaviour during the marriage may still be relevant in matters decided alongside the divorce, such as regulation of parental responsibilities, alimony between former spouses and allocation of the family home. And in all these cases, the fault of the spouses may even be the determining factor in the decision to be made by the court.” 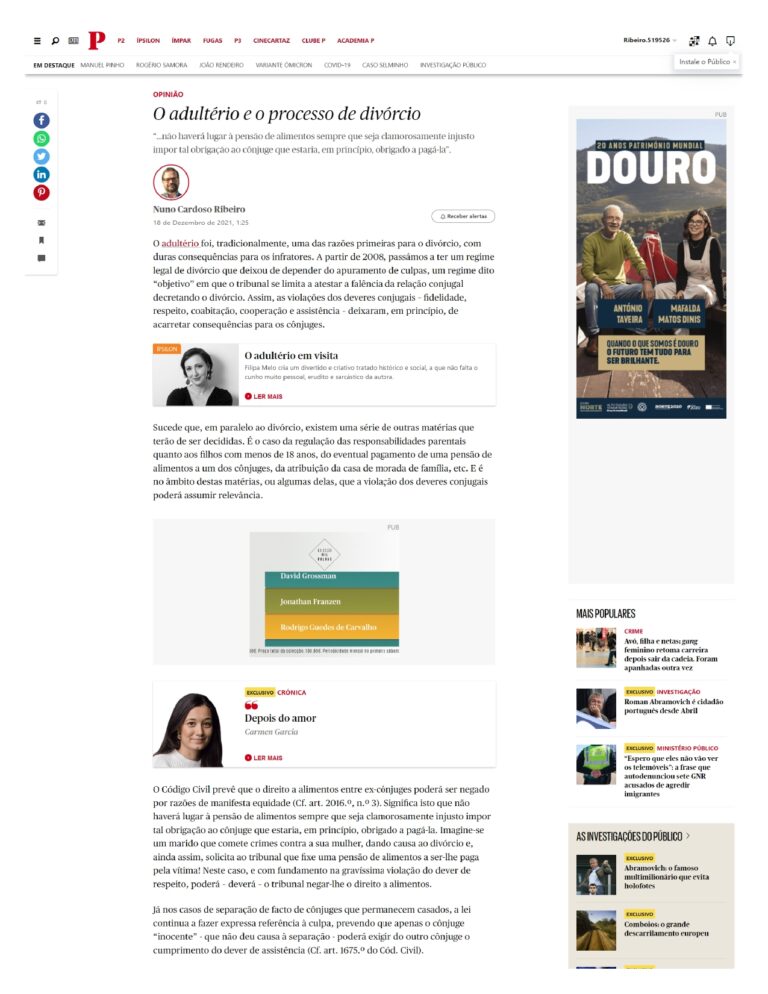