Opinion article by our coordinator in Público on 04/11/2022, regarding animal abuse and domestic violence. Read the article on Público’s website or the translation and pdf below:

“Along with physical, verbal, and economic violence, domestic animals can also play a (unintentional) role at the hands of the aggressor.

“…many abusers in the context of domestic violence also mistreat their pets or threaten to do so, this being one more way to assault, coerce and dominate the other.”

Violence against animals can be related to domestic violence. This means that in situations of intra-family abuse, domestic animals are often also victims of the abusers and can themselves be a way of exerting violence on family members.

We do not have reliable statistics for our country, but in the UK more than half of the adult population has a pet. Whatever the actual numbers are in Portugal, there is no doubt that the number of Portuguese homes where pets live – typically a dog or a cat – will be very significant. And in many of these homes, there are situations of domestic violence and other types of abuse.

But what, then, is the relationship between abusive dynamics between members of the same household and pets? Some studies show that many abusers, in the context of domestic violence, also mistreat the pets or threaten to do so, which is one more way to assault, coerce and dominate the other.

Along with physical, verbal, sexual, economic violence, domestic animals may also play a (involuntary) role at the hands of the aggressor: “If I have to leave home, the dog goes with me!” or “If you keep behaving like this, this animal will disappear”, are just a few examples.

In this context, many victims of domestic violence stay in the marital relationship as a way to protect their pet, either because they fear that the abuser will materialize the threats of mistreatment or because they have no alternative housing that would allow them to take the animal with them.

Children are also particularly vulnerable to this type of manipulation, and in contexts of domestic violence or parental conflict, the animal is often a “safe haven” that helps them bear the hardships of family life. And, therefore, whose welfare is of great relevance to their small owners.

This means that the domestic animal and the treatment given to it by each of the family members can build a valuable indicator about what is going on within the household and explain, at least in part, the behavior of victims of violence who remain in abusive relationships. Similarly, also in cases of parental conflict, domestic animals may be a factor in one parent’s manipulation of children’s behavior.

Thus, there are extensive relationships between intra-family abusive behavior and the relationship with pets. Let us, in the courts, know how to be alert to the signs.” 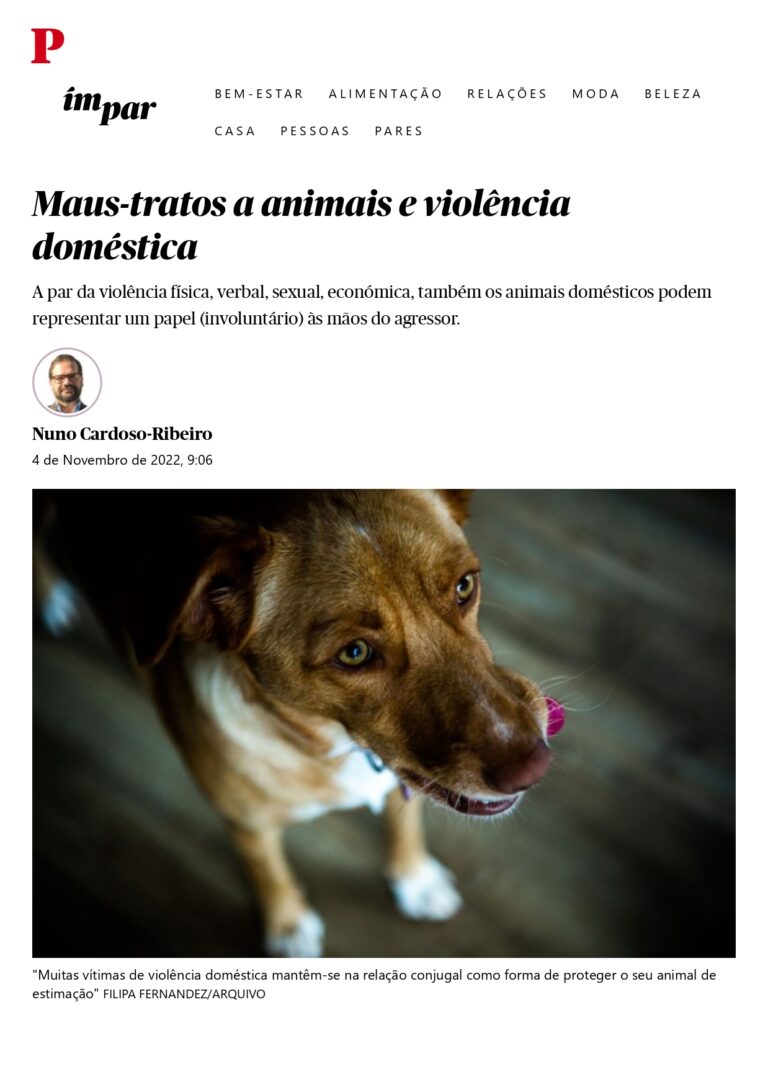 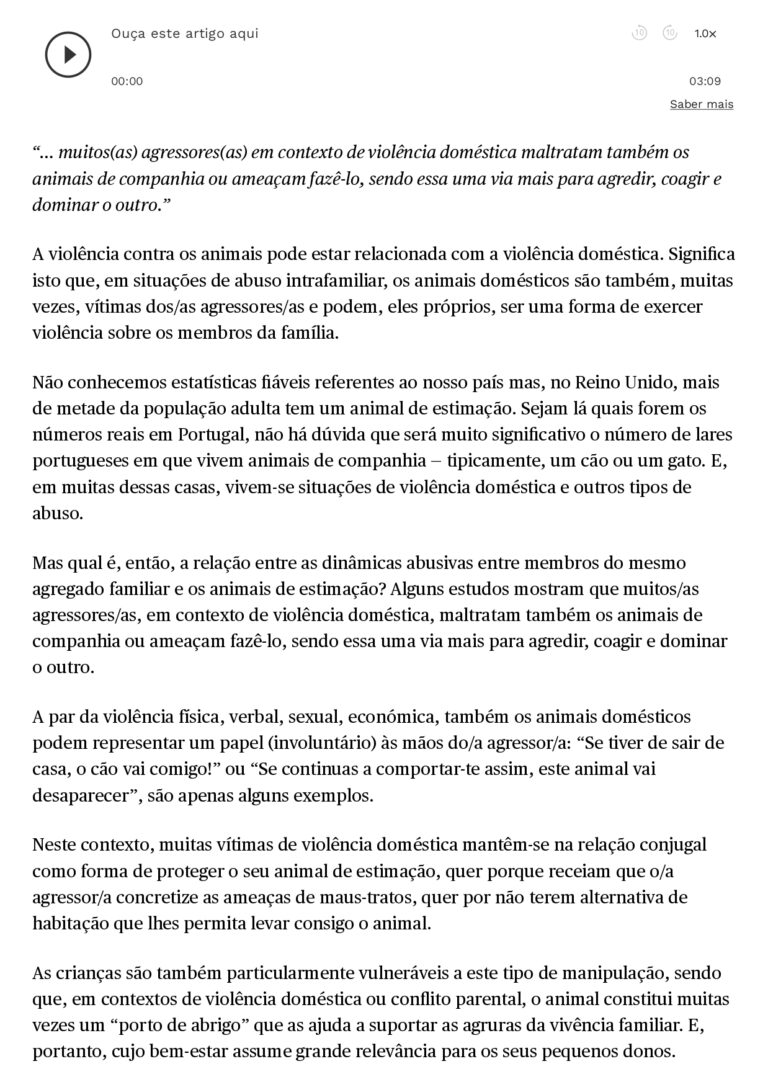 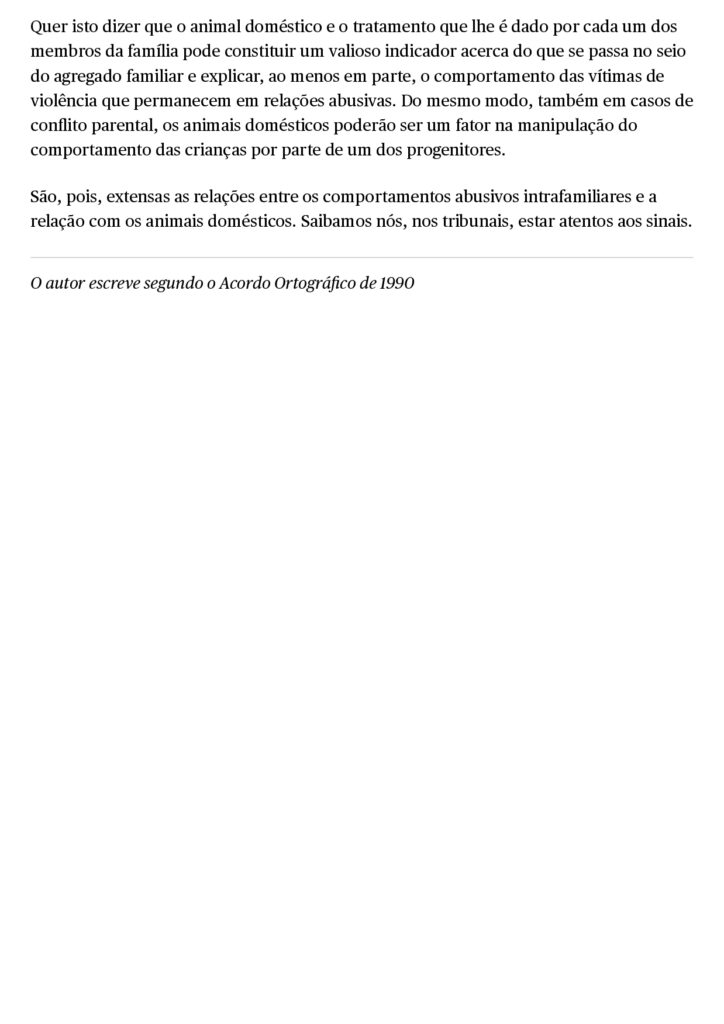