Opinion article by our coordinator, Nuno Cardoso-Ribeiro in the 9/06/2020 edition of the Público newspaper regarding 09/06/2020 regarding the right of grandparents to socialize with their grandchildren. Read the article on Público’s website or the translation and the article in pdf below:

“The grandparents’ right to be with their grandchildren

It is unfortunate that a grandparent, typically in the case of life, is forced to assert in court an elementary right such as the right to live with his or her grandchildren, but this happens in an increasing number of situations.

Our elders are living through particularly difficult times. Covid-19 is especially dangerous for them, and many senior citizens hesitate to leave their homes and make contact with other people for the natural fear of contagion. Thus, many have been deprived of socializing with children and grandchildren.

There are, however, grandparents who, pandemic or not, are always prevented from contacting their grandchildren. And this is because their own children, or sons-in-law and daughters-in-law, forbid it.

We live in a time when children are appearing later and later in life, with the result that many children are no longer born in time to meet their grandparents. Or their age is already so advanced that the conviviality between them is limited, either in time or in quality.

That is why it is especially regrettable that, in some cases, this conviviality does not happen for purely futile reasons.

Living with grandparents is especially important as it gives children a sense of belonging to a wider family, which is fundamental to their identity process. On the other hand, there are memories and affective experiences that only grandparents are able to provide, contributing to the integration of a collective history.

I cherish the memories of my grandmothers, whom I had the good fortune of knowing and with whom I lived with for a long time during my childhood and, in the case of one of them, until adulthood. I remember, in particular, the endless love and stories of bygone days. It will all remain with me, forever.

Of course, in certain cases it is justifiable for a grandparent to be prevented from living with his or her grandchild, particularly in cases where such a relationship is harmful to the child. These would be situations of abuse, either physical or psychological, from which no benefit could result for the child. However, these cases will be a tiny minority of the total. In most situations, the impediments to grandparents and grandchildren living together are the result of conflicts with the parents, which the children are totally unaware of.

So what can these grandparents who are unlawfully prevented from contacting and living with their grandchildren do?

Our law (art.1887-A of the Civil Code) provides that parents may not deprive their children of contact with grandparents and other ascendants (great-grandparents, for example). This impediment may only occur in situations where, in a reasoned manner, it is verified that such a relationship compromises the child’s well-being.

A grandparent who, for no justifiable reason, is prevented from living with his or her grandchildren should appeal to the family and children’s court in order to obtain a ruling stipulating a contact and visitation regime. This regime will be similar to the one established in the case of separated or divorced parents, providing for days and hours of conviviality between one parent and the other.

It is unfortunate that a grandparent, typically in the case of life, is forced to assert in court an elementary right such as the right to live with his or her grandchildren, but this happens in an increasing number of situations. In a country where many elderly people are repeatedly abandoned by their relatives in nursing homes and hospitals, perhaps it is not surprising…” 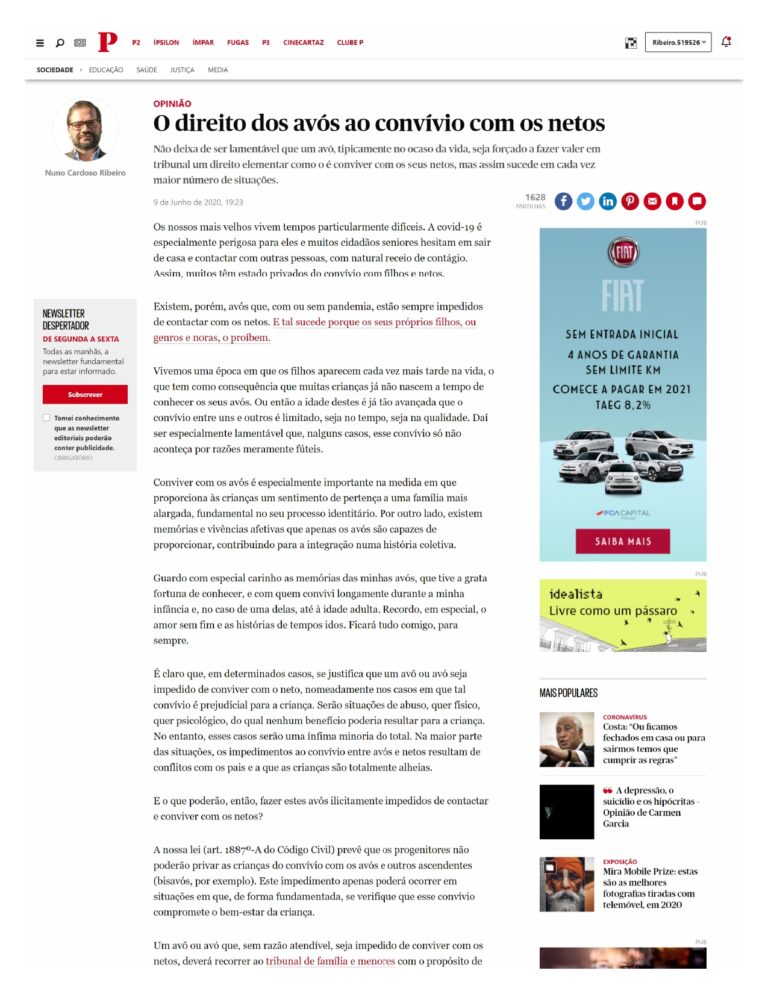 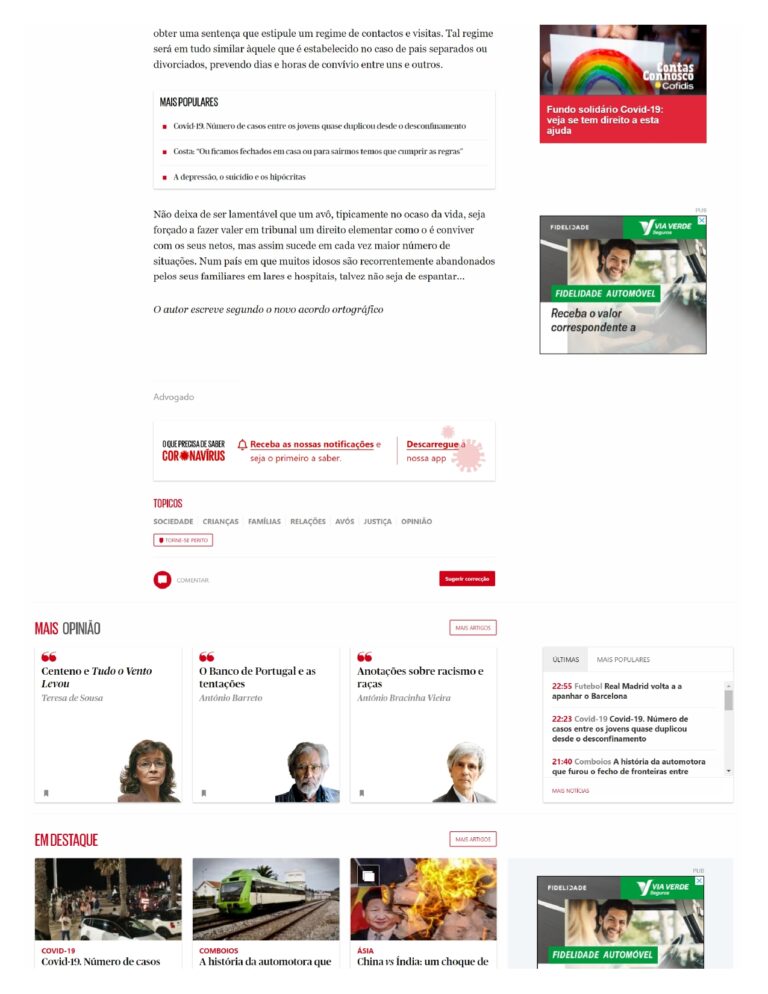