Opinion article by our coordinator at Público on 20/01/2022, regarding mandatory pre-mediation in family and children’s court cases. Read the article on Público’s website or the translation and pdf below:

In anticipation of a settlement, it is the lawyer’s responsibility, in defence of his client’s best interests, to explore it and avoid, whenever possible, going to court.

Thinking about the new legislature that will come out of the next elections on January 30, an open letter recommending the institution of mandatory pre-mediation in divorce cases and in those where parental responsibilities are discussed was sent to the political parties.

This initiative of the Portuguese Institute for Family Mediation (IPMF) aims to promote mediation. This is an extrajudicial means of dispute resolution in which the parties in conflict aim to reach an agreement with the help of a facilitator, called mediator.

Having obtained legal consecration for the first time in 1999 (DL n. º 146/99 of 4 of May), mediation has, however, been marking time in Portugal, and the litigations that, in the scope of the family, are solved in this way are still relatively scarce.

Mediation has the obvious advantage of avoiding the courts, which often aggravate the conflict by delaying the judicial process, and also by avoiding the inherent costs. It also frees up the system’s resources, always scarce, for the cases where they are most needed. The small number of people who use family mediation may be due to a lack of knowledge about its existence or a certain mistrust about its operation. That is why these entities suggested to the parties, at the beginning of the judicial process, the mandatory institution of a pre-mediation session, aimed at clarifying the parties.

It will be said that whenever parents are represented by lawyers, these will try to solve the dispute amicably before any legal action is taken. And, in fact, this is so: if an agreement is anticipated, it is up to the lawyer, in defense of his client’s best interests, to explore it and avoid, whenever possible, going to court. The Association of Family and Child Lawyers foresees, moreover, among its statutory purposes the promotion and dissemination of “alternative out-of-court dispute resolution practices, particularly in the context of parental conflict”.

Thus, and in cases where the parties have a lawyer, it will be argued that this pre-mediation session is unnecessary: not only because the lawyers have already tried conciliation and will continue to do so in the course of the proceedings, but also because the lawyers themselves will refer the parties to mediation if they feel that this is the appropriate means of resolving the conflict.

While it is true that the intervention of lawyers can often prevent disputes from going to court, or bring them to an end by settlement, it is also true that the parties are not always represented by lawyers in legal proceedings involving children. As a matter of fact, we have already warned in another article about the risks of this solution, allowed by the legislator, of the parties representing themselves in family and juvenile courts.

Thus, at least in cases where the parties are not represented by a lawyer, a pre-mediation session for their clarification is believed to be most useful. It is important that this session does not involve (yet) another trip to court by the parents, or a delay in the proceedings, and may be held, for example, by videoconference.

Mediation, as an alternative dispute resolution method, has its place in the system and prevents many conflicts from going to court. For this, it is imperative that the parties know that it exists and what it consists of.” 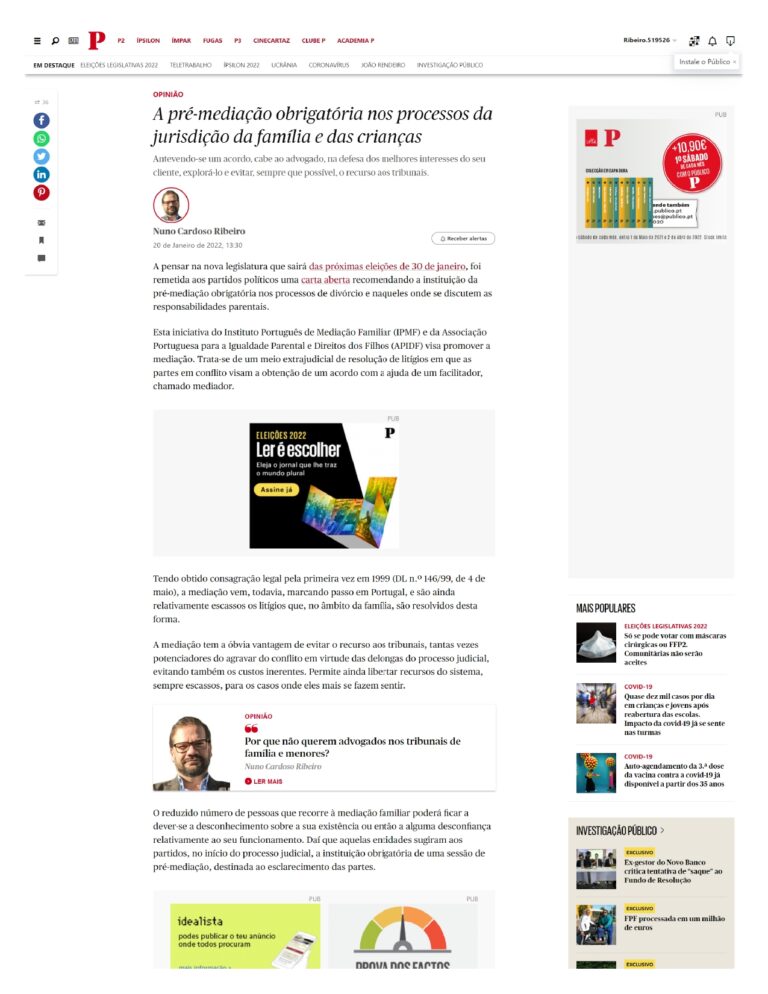 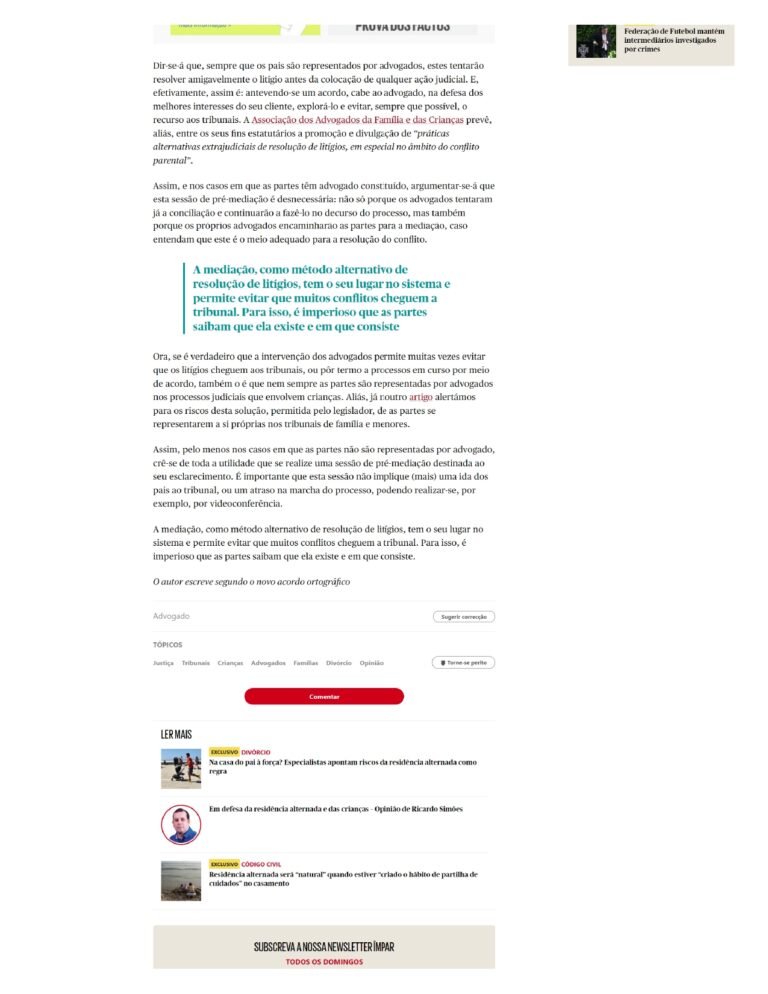