Opinion article by our coordinator at Público on 14/02/2021, regarding the rights and duties of stepfathers and stepmothers. Read the article on the Público website or the translation and pdf below:

“Rights and duties of stepfathers and stepmothers

The law, since 2015, puts step-parents ahead of grandparents and any other relatives in the line of preference for exercising parental responsibilities in case of impending impendence of both parents.

Divorces have been on the rise since the 1970s, and the number of children born out of wedlock already outnumbers those born into a “traditional” family. Rebuilt families are an increasingly present reality in the western world, and Portugal is no exception.

In this context, it is inevitable the emergence of more and more couples cohabiting with children from their partners’ previous relationships. Which is to say that the number of stepfathers and stepmothers has also grown exponentially.

Stepfathers and stepchildren who have lived together for years as a family create, it is nice to see, affectionate bonds between each other.

Now, in the event of divorce or death, for example, of the biological father or mother, what rights (and duties) can the stepfather or stepmother have with respect to the stepchild?

In the event one of the parents is prevented, for whatever reason, from exercising parental responsibilities towards the children, its exercise will naturally fall to the other parent.

However, in the event both biological parents are prevented from exercising parental responsibilities towards their children, the stepfather/ stepmother will be the one called upon to do so, replacing both parents. And this, please note, even if there are still paternal or maternal grandparents. In fact, since 2015, the law has placed stepfathers and stepmothers ahead of grandparents and any other relatives in the line of preference for the exercise of parental responsibilities in case of impediment of both parents.

And it will not matter if the stepfather or stepmother was married to the incapacitated parent or only lived with him or her in a common-law marriage: in both cases he or she will be called upon to exercise parental responsibilities over his or her stepchild.

This is, as it is good to see, a controversial solution that has its detractors. There are those who believe, in fact, that grandparents should, in this circumstance, prefer step-parents. Or, at least, that the law should not establish any order of preference, leaving it to the courts to decide in each case.

We believe that the best solution would effectively be to leave the decision to the family courts, without defining any order of preference between step-parents or stepmothers. This would allow us to find the solution that best suits each child and each family.

And what happens in cases of divorce or separation of the couple? Does the stepfather or stepmother have the right to maintain contact with his or her stepchild and in particular to claim custody?

The law does not provide, at least expressly, for this possible right of stepfathers and stepmothers. Art. 1887-A of the Civil Code only provides for the possibility of establishing a regime of contact for the benefit of siblings or ascendants (grandparents, great-grandparents, etc.). This leaves out of the legal provision a number of other people with whom the child may have developed significant emotional ties, such as, in addition to step-parents, other relatives, such as uncles and cousins, and even third parties (godparents, etc.).

Now, it is hard to understand this omission if, particularly in the case of step-parents, they may be called upon, in certain cases, to assume parental responsibilities to the detriment of other family members, including grandparents?

It is true that some decisions of our courts, recognizing the special connections existing with the children, have already established regimes of contacts with relatives and other third parties not expressly referred to in art. 1887-A. Many more court decisions, however, have denied the establishment of a regime of visits based on the merely literal argument that only siblings and grandparents can benefit from the provisions of art. 1887-A.

Knowing that, in these matters, the supreme interest is that of the children, it is perhaps time to review article 1887-A of the Civil Code, making express mention of other family members and even third parties with whom the child may have developed structural and special affectionate relationships and that, for this very reason, should be protected.” 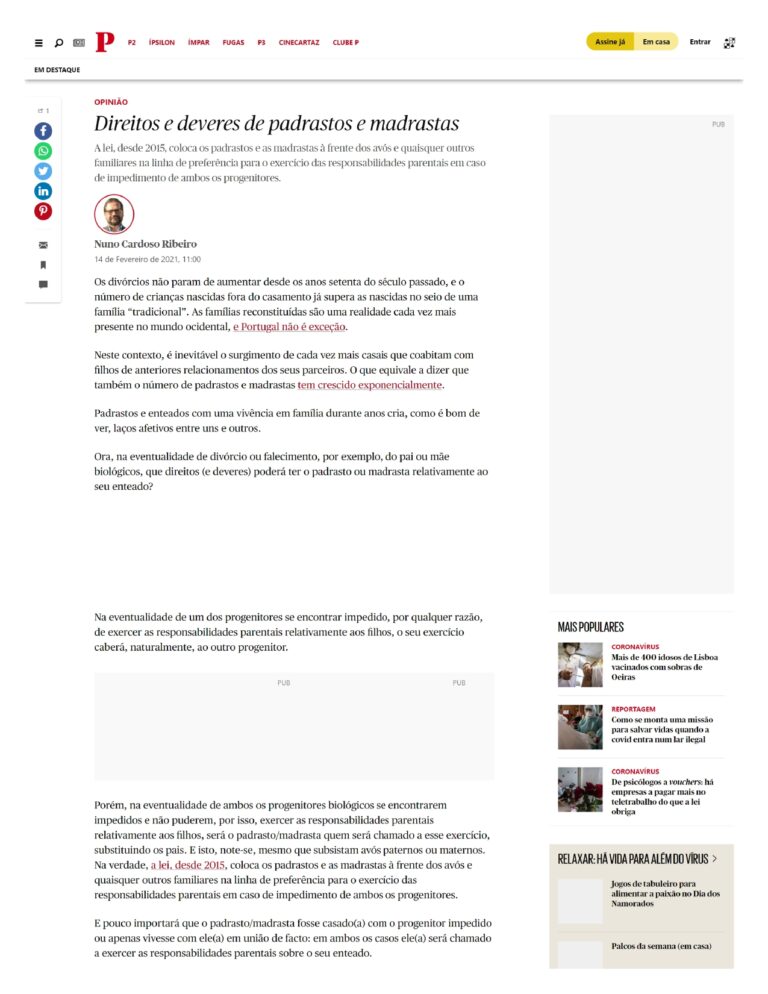 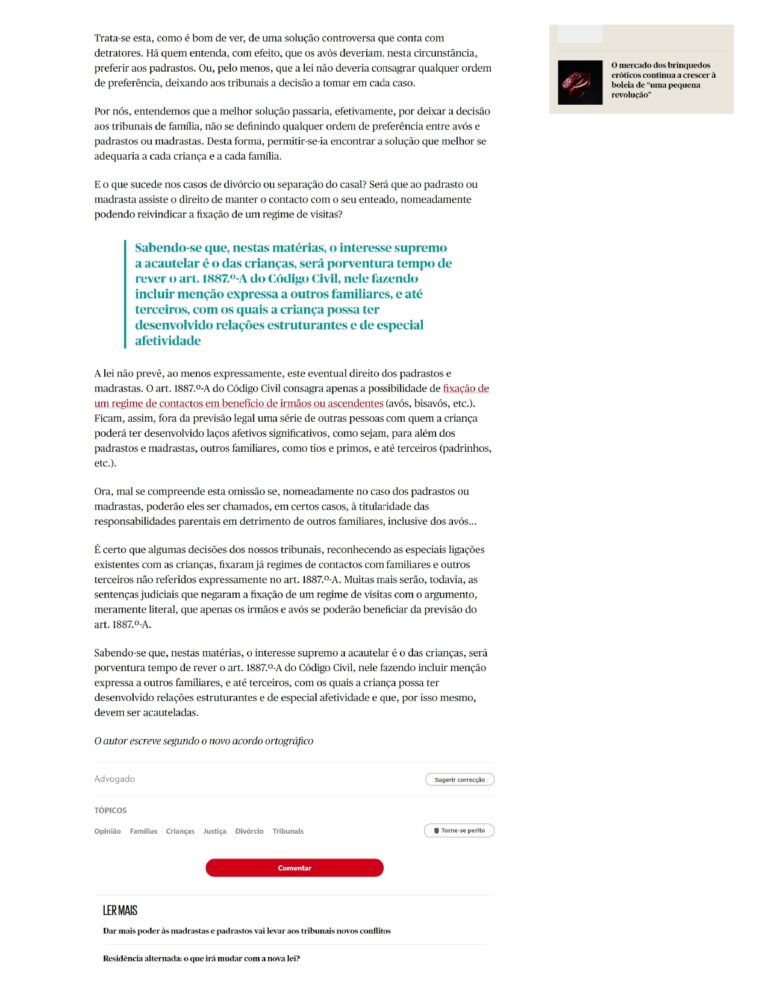