Opinion article by our coordinator in the Público newspaper of 06/10/2021, related to court time and children’s time. Read the article on Público’s website or the translation and pdf below:

“The courts’ time and the children’s time.

From the child’s perspective, the “disappearance” of the father for 50 days can easily be interpreted as abandonment and potentiate feelings of rejection.

In a court case I follow, the father was accused of sexual abuse of a three-year-old girl.

After a long and painful criminal trial, and a prolonged estrangement between father and daughter, it was shown that it was all just a (intentional) lie by the mother, intent on breaking the relationship between the parent and the child.

The criminal case was filed and the experts from the National Institute of Legal Medicine and Forensic Sciences concluded that the girl had been manipulated by her mother and that there were no indicators of sexual abuse.

Once the lying is unmasked, it would be proper for the girl’s mother to stop hindering the relationship between her father and daughter. However, this was not the case. The mother continued to hinder or prevent the gatherings between father and daughter, which take place in an IPSS (private institution for social solidarity), failing under the most varied pretexts. The court was even forced to issue warrants for the girl and her mother to be taken, under police custody, to the institution so that the visit to the father could take place.

Finding that the accusations were false and that, furthermore, the mother’s attitude would not change – and, therefore, that this mother would never allow the girl to establish a close relationship with the father – the technical teams advising the court recommended to the judge, in mid-August, that the girl be handed over to the father.

The court decided nothing – after all, it was August – and the court advisory team again recommended to the judge in early September that the child be handed over to the father. In the meantime, the parent has not seen or spoken to the girl since the mother won’t allow it and the court has fixed nothing.

A month and a half after the technical team’s first recommendation to the court, a parent conference was held. The father went to court in the hopeful hope that, given the unanimous opinion of the technicians and experts, and taking into account that a month and a half had already passed since the last visits to the girl, there would be a change and he would finally be able to be with his daughter.

This was not the case. After all, the court was not going to take any action that day about handing the girl over to the father about the contacts between them. The purpose of the parent conference was rather to find out why he had not paid half of the fees for the day care center the girl attended during the school year. In the day care center where the mother had placed her, it should be reiterated, in default of and against the father’s will: And an hour or more of precious time was spent by judges, prosecutors, lawyers and parties… discussing an alleged debt of a few hundred euros.

The decision that the father longs for and that the girl needs will be left for later.

In this context, it is important to emphasize that the time of the courts is one, that of adults is another, and that of a three-year-old child is yet another. From the child’s perspective, the “disappearance” of the father for 50 days can easily foster feelings of rejection and abandonment. And, as time goes by, these feelings tend to grow stronger, with negative impact on the child’s well-being and affective relationship with the father. The prognosis worsens with the passage of time. It is therefore urgent that all of us in the family courts begin to function on the children’s time.” 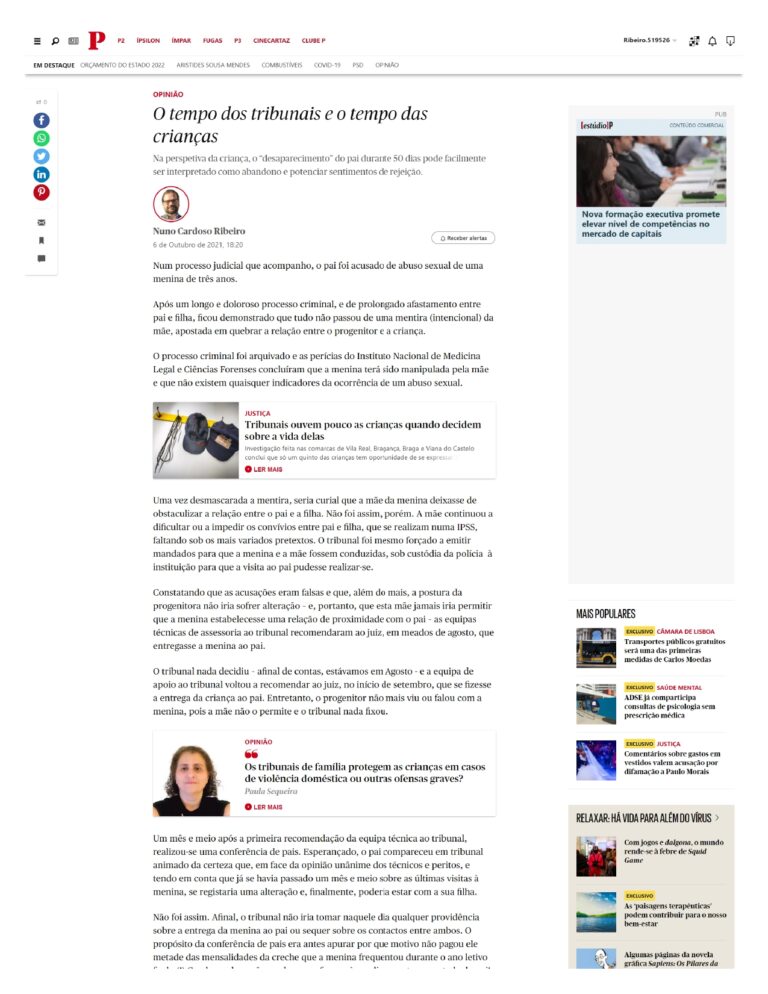 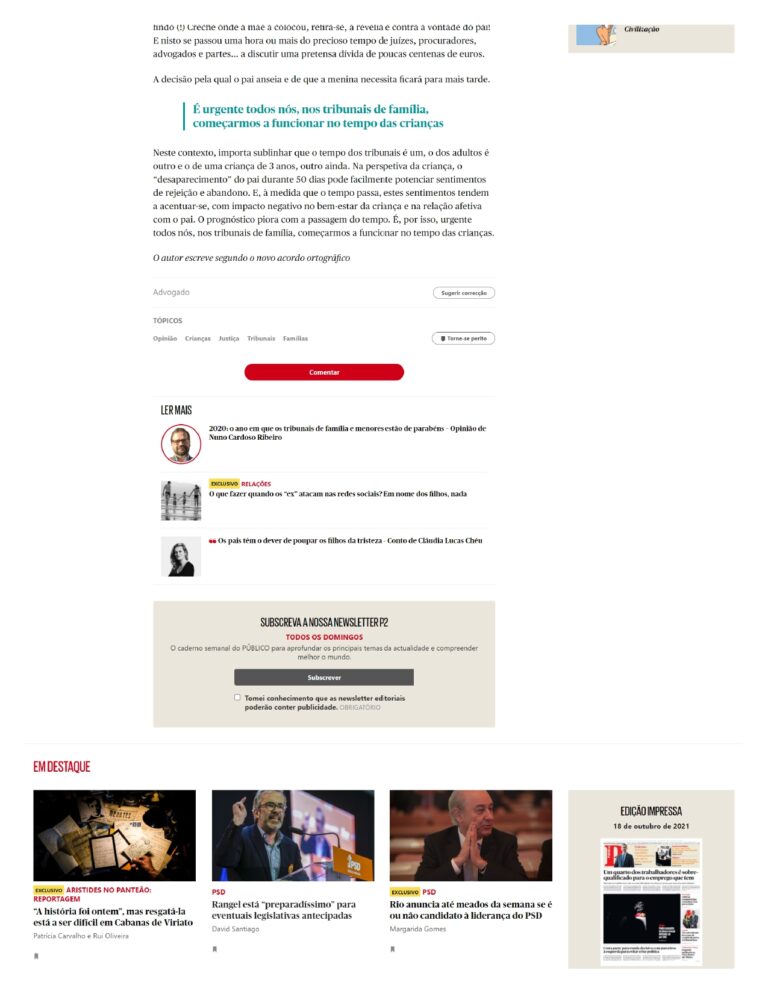