War orphans in Portugal: the role of family lawyers – opinion article by Nuno Cardoso-Ribeiro at Público

Opinion article by our coordinator in the Público newspaper of 12/03/2022, about the war orphans in Portugal and the role of family lawyers. Read the article on Público’s website or the translation and pdf below:

“War orphans in Portugal: the role of family lawyers

Our family courts will be called upon to decide the fate of unaccompanied children and young people who arrive in Portugal fleeing the war, and who may be placed in foster care or residential care, or even entrusted to suitable people.

We are still stunned: Europe is at war again! In Ukraine, so close, home to many neighbors with whom we cross paths every day. The war on our doorstep, with its procession of dead, wounded, displaced and endless misfortunes.

A wave of solidarity is sweeping Europe and Portugal is no exception. Caravans are organized to take food, blankets, medicines, and everything else that people think they might need to help the fleeing population. Offers of jobs, homes, and shelter for those who, from one day to the next, have been left with nothing, are multiplied.

Many people fleeing from the war are already arriving in our country. And among them are, naturally, children and young people. Some are accompanied only by the volunteers who rescued them from an uncertain future.

Our family courts will be called upon to decide the fate of unaccompanied children and young people who arrive in Portugal fleeing from the war.

The law already provides for the possibility that children or young people participating in legal or administrative proceedings may be assisted by a lawyer. This is an obligation that derives from international commitments assumed by the Portuguese State, namely, the European Convention on the Exercise of Children’s Rights (articles 4 and 9).

The situation of particular vulnerability of these war orphans, and the special duty of vigilance and care that is required, should lead, in many cases, to the appointment of lawyers for these children. Their mission will be to assist them in the judicial and administrative proceedings that concern them, looking after their interests and rights. Promotion and protection proceedings, where their immediate fate will be decided, are taking place in the courts, as well as administrative proceedings aimed at regularizing their stay in the country or their enrollment in school.

Portuguese lawyers have not been indifferent to this tragedy that is unfolding in the east of the continent, and soon made public, individually and through the Bar Association that represents them, offers of free services to refugees in need of them. The same will happen with the representation of the children and young people who are being welcomed in our country, with no remuneration other than the satisfaction of helping their neighbor. This is why I am so proud of the profession I chose more than 20 years ago!

Ps: The Association of Family and Children’s Lawyers (AAFC) will forward to its members the requests that reach it by e-mail for legal representation of refugee children and youth in need of legal aid.” 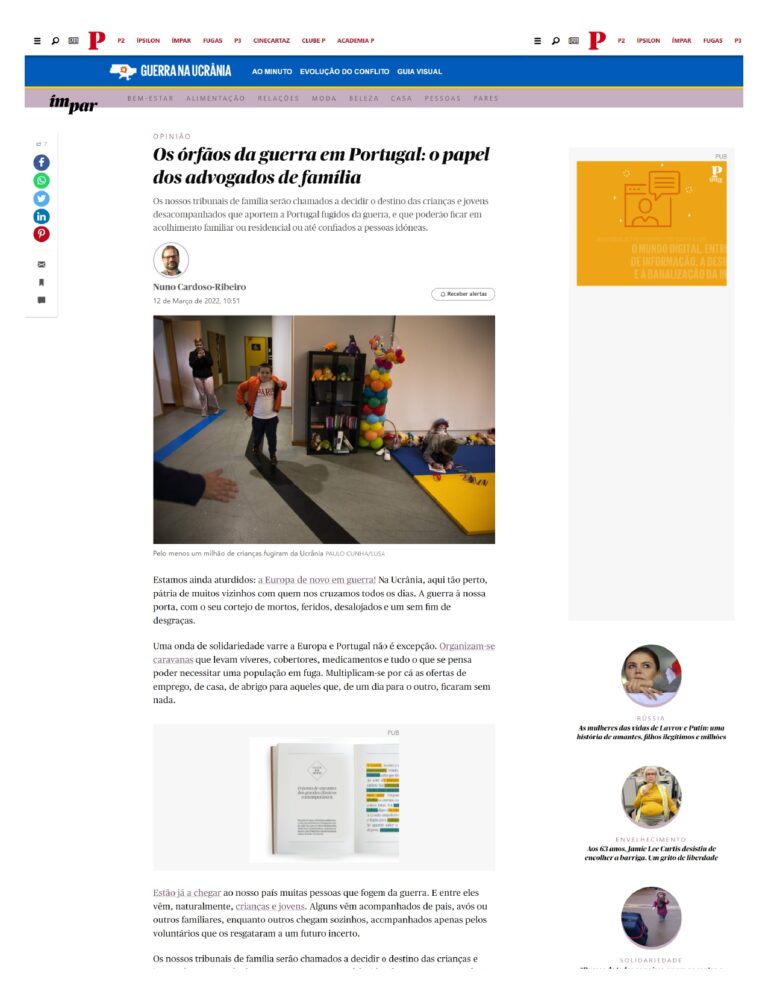 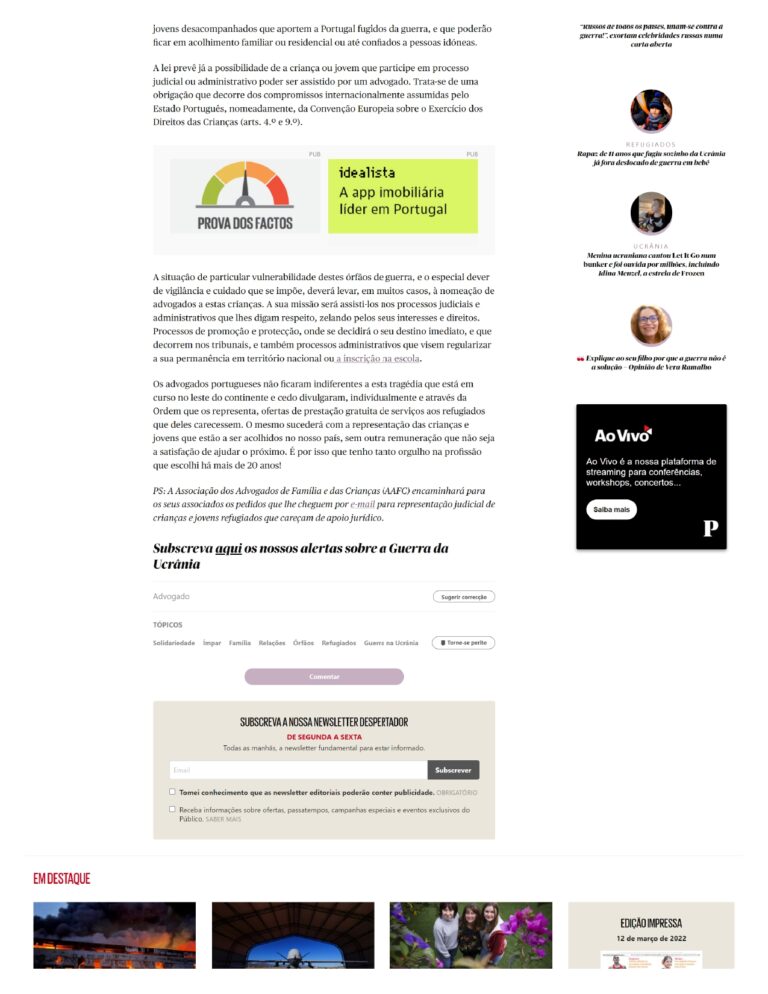