What expenses are included in child or juvenile child maintenance? – opinion article by Nuno Cardoso-Ribeiro in Público

Opinion article by our coordinator in the Público newspaper of 07/10/2022, regarding the expenses included in child or juvenile child maintenance. Read the article on Público’s website or the translation or in pdf below:

What expenses are included in child or juvenile child maintenance?

The child or juvenile maintenance payments established in our courts consist of a monthly payment of a certain amount.

So what are the expenses that should be considered included in the child maintenance that one parent pays to his or her child?

Art. 2003 of the Civil Code defines that “Child maintenance means everything that is indispensable for sustenance, housing and clothing”. And it adds: “Food shall also include instruction and education of the child that is being fed, if the latter is a minor”. In turn, the law also provides that “food shall be fixed in monthly cash payments.

Thus, and usually, the child support payments due to children or juveniles fixed in our courts consist of a monthly payment of a certain amount. This payment is due 12 times a year even if, for example, in one of those months the child is mostly in the care of the parent paying the child maintenance – on vacation, for example.

The amount of the pension is defined by our courts according to the needs of the person receiving the pension and taking into account the means of the payer, and there is no table or mathematical criterion to determine a priori the amount of pension to be paid.

It turns out that the model of paying the same amount every month is ill-suited to paying for expenses that are not regular, as is often the case with health and education expenses. Health costs are in most cases unpredictable, and education costs can vary greatly throughout the life of the child or teenager, especially if he or she moves between public and private education.

In our country, in view of this difficulty, a model has become widespread in which, in addition to a fixed amount paid each month, the parent who pays the pension also bears part of the education and health expenses, if any. Often these expenses are paid equally by both parents, but different percentages may be set for the father and mother, or even be paid in full by one of them. It all depends on the circumstances of each case.

This is the most common model in which the regime (defined by agreement or by court decision) simply provides that, in addition to the monthly pension, the school and health expenses will be paid by both parents in equal shares.

It is clear that in these cases, in which the expenses excluded from the pension are not specifically listed, there are often disputes as to whether those expenses are included in the monthly amount or whether they should be paid separately.

In this most common model, the parent who receives the pension is responsible for covering most of the child’s expenses alone, such as housing, food, transportation, footwear and clothing, as well as recreational expenses (books, games, toys, trips to the cinema and museums, etc.). Even if there are more significant clothing or footwear expenses – when the seasons change, for example – it is up to the parent who receives the pension to cover these expenses.

In addition to the pension, in this model, half of the school expenses will also have to be paid. And here the question often arises as to whether the costs of extracurricular activities (sports, camps, tutoring, etc.) are included in the pension, or whether they must be paid separately. The rule to be taken into account in this matter is that school expenses arising from the child attending private school will only be borne by both parents, and will only be paid by both if there is an agreement or court decision to that effect.

Thus, expenses with books and school supplies, school insurance, excursions and activities promoted by the school, etc. will be shared. In the case of expenses with extracurricular activities, once again we are dealing with expenses that are not imposed by public school attendance and, because of this, will only be paid by both if there is a joint decision or if the regime in force contains some rule in this regard.
In the case of health expenses, these will include all those made within the National Health Service (SNS). Expenses incurred in the private system will also be shared, but only in cases where there is an agreement to do so – express or tacit – or in situations where there is no alternative but to resort to the private sector.

Unfortunately, many children and young people experience a drop in their standard of living after the separation of their parents. And while in some cases this is an inevitability due to the increased expenses that parents have to bear, in other cases these children and young people are simply victims of the parental conflict in which their parents have become involved after the divorce. 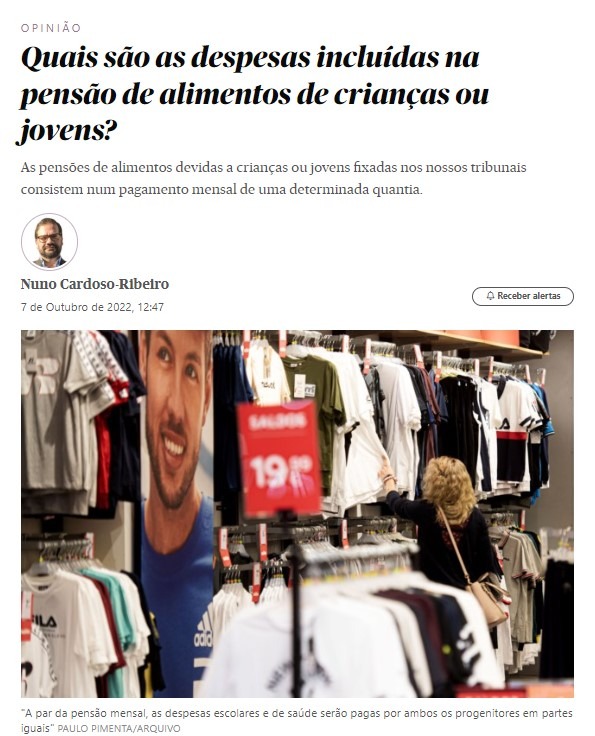 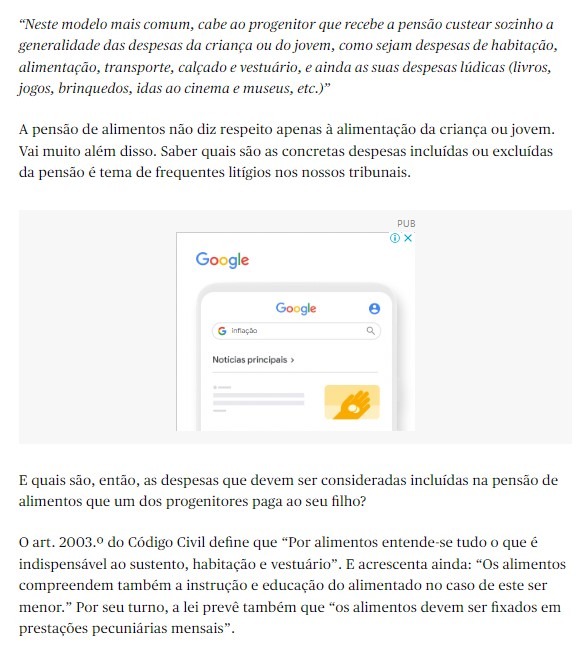 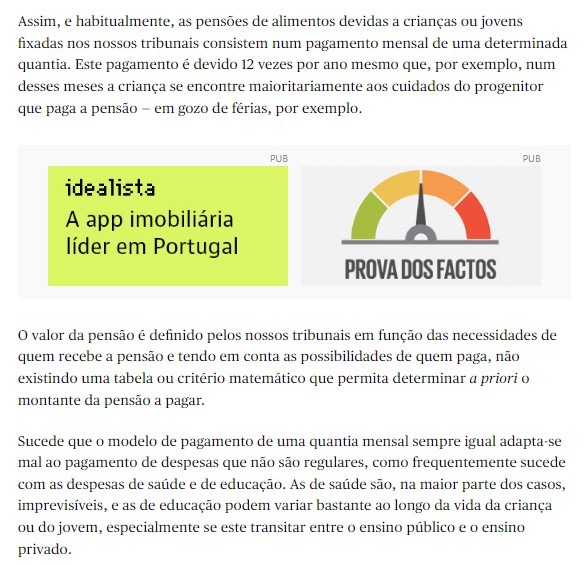 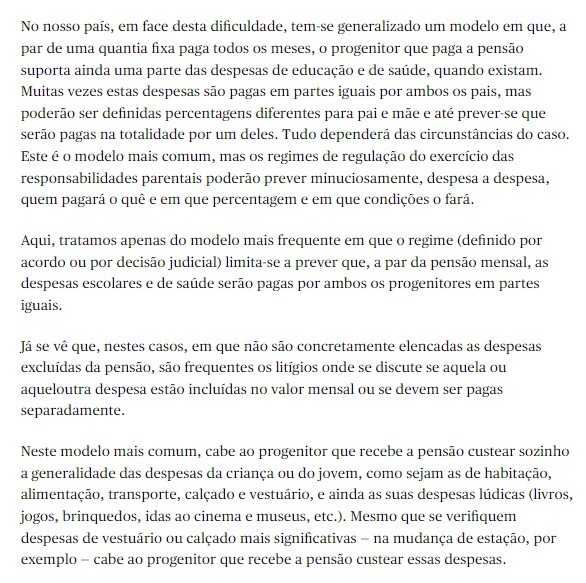 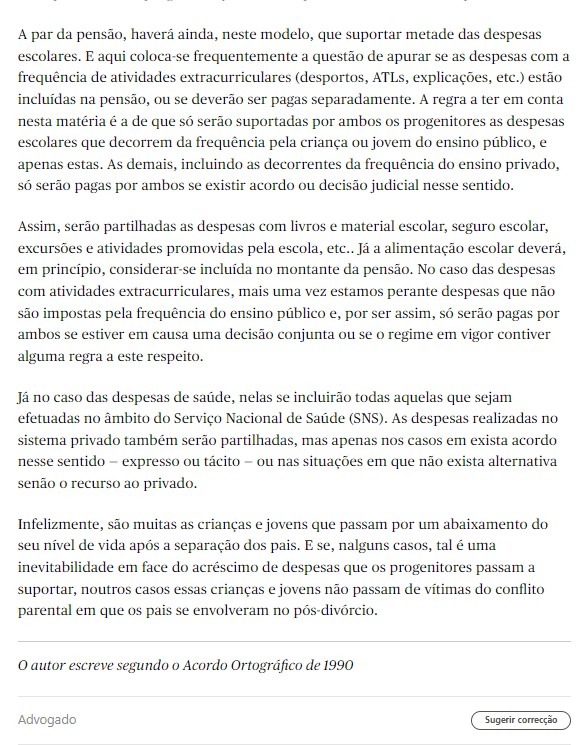