Can parents disinherit their children? - opinion article by Nuno Cardoso-Ribeiro in Público

Opinion article by our coordinator at Público on 16/01/2023, regarding the possibility of parents disinheriting their children. Read the article on Público’s website or the translation and pdf below:

“We know that sometimes troubled relationships between two human beings often prove to be fragile or even nonexistent. And these broken bonds can lead to the desire to disinherit a child.

The law provides the list of those who, in the absence of a will, can be heirs of another: grandparents, parents, siblings, spouse, children, grandchildren, great-grandchildren, uncles, cousins, among others, and the state itself can inherit. And some of these heirs cannot be removed from the inheritance by will. These are the so-called legitimate heirs, among whom are the children.

The Civil Code does, however, provide grounds for disinheriting a child from his or her father or mother.

Disinheritance may take place when the child has been convicted of a crime committed against the person, property or honor of his or her parent or spouse, or of any descendant, ascendant, adopter or adopted child, provided that the crime carries a sentence of more than six months in prison and was committed with intent. Thus, one who commits a crime against his stepmother, or paternal grandfather, etc., can be disinherited by his father.

A second possibility is when the heir has been convicted of slanderous accusation or false testimony against these same persons. There can also be disinheritance when the heir violates the duty of care to his parents, namely by refusing to provide them with maintenance without reasonable cause.

Outside of these cases, the disinheritance of the son by the father is not possible, and hence artifices are used to circumvent the legal prohibition. In these cases, the owner of the estate disposes of it, for example by selling it, simulatively or not, so that at the date of death there is nothing left to be inherited. Of course, in the case of simulated sales, the aggrieved heir can try to challenge the deal in the courts.

After the death of the parents, it can also happen that the child will be declared unworthy to inherit. This means that, if there are sufficient grounds, some other heir or the Public Prosecutor’s Office may file a lawsuit against the son of the deceased in order to prevent him from inheriting. Once again, however, this can only happen in very limited situations – for instance, if the heir has been convicted of murder (even if only attempted) of the parent, has committed any of the above-mentioned crimes, and also in other hypotheses related to interfering with the parents’ will (for instance, by unlawfully preventing the father or mother from leaving a will in favor of another person).

The legal framework under which a son can be removed from his inheritance, before or after the death of his parents, is, as we can see, very tight. Perhaps too tight in a country where old people are abandoned in hospital with shocking regularity. In this context, it seems time to rethink the current legal regime in order to broaden the range of situations of disinheritance and unworthiness.” 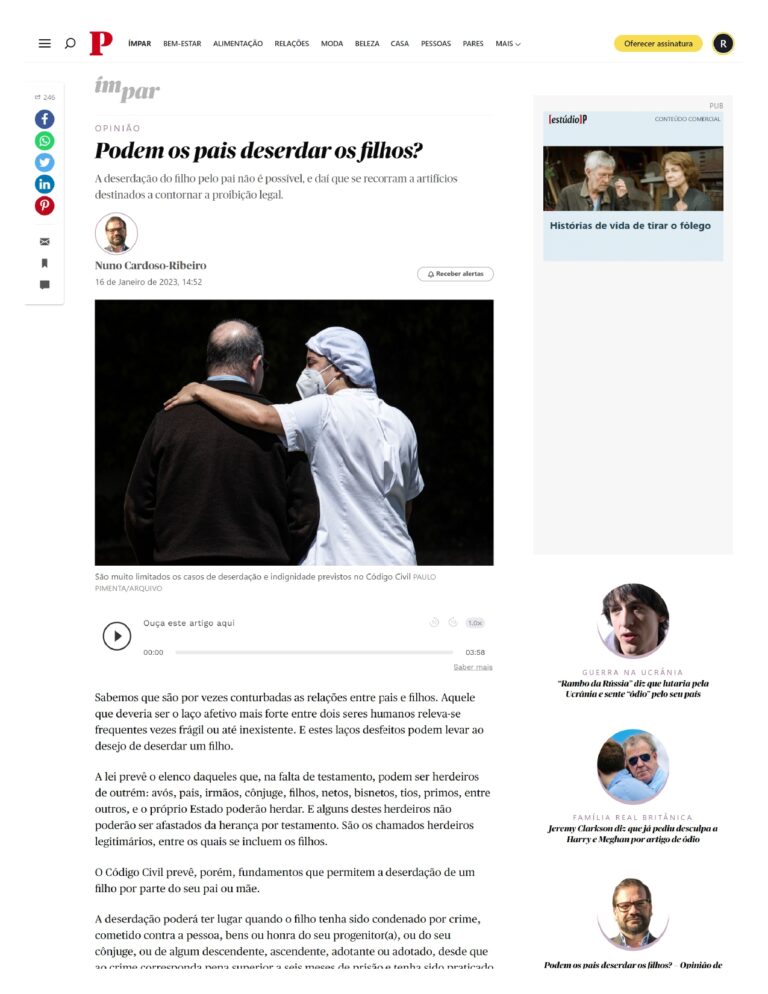 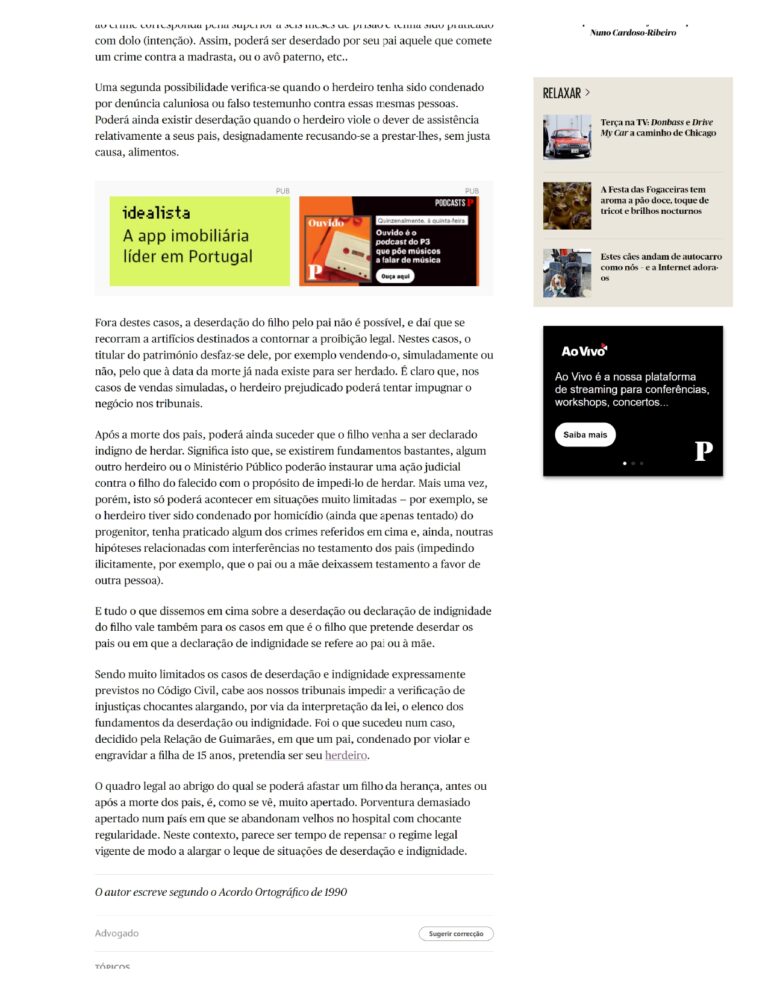