2020: The year when family and children's courts are to be congratulated – opinion article by Nuno Cardoso-Ribeiro

Opinion article by our coordinator, Nuno Cardoso-Ribeiro, in the Público newspaper of 30/12/2020 regarding the year 2020 and the family and children’s courts. Read the article on the Público website or translation and pdf below:

“2020: The year when family and juvenile courts are to be congratulated

While everyone is quick to point the finger at the justice sector when there are shortcomings, we must also recognize its successes. And, in our view, the family and children’s court was able to overcome, without major problems, the difficulties caused by the pandemic emergency.

So, here comes to an end a very peculiar year, with many difficulties faced, but also with some challenges overcome. I am referring to the justice sector and in particular to family and children’s justice.

On the other hand, the pandemic situation and the economic crisis we are experiencing has triggered a number of new disputes, both on issues of alimony, and also on contact arrangements with the parents of children of divorced and separated parents, and even an increase in the number of divorces and separations. The final accounting has yet to be done, but it seems unequivocal that there has been a significant increase in litigation – and cases – in this area.

The suspension of court deadlines for many months, on the one hand, and the increase in litigation, on the other, has made us fear that cases in the family and children’s jurisdiction will be seriously delayed.  If, as we all know, the slowness of the judicial system is one of the greatest problems faced by citizens, an increase in the length of proceedings in an area as delicate as this would represent additional difficulties for families who are already so severely affected by the emergency situation we are experiencing.

Fortunately, the most pessimistic forecasts, including ours, have not come true. While it is true that the family and juvenile courts, at least in the Greater Lisbon area, are experiencing increased delays in relation to what were the pre-pandemic timetables, the truth is that this slowness is far from a catastrophe or a collapse of the system as might have been feared.

The courts have made a major effort to catch up on the cases that could not be legally processed between March and June, and have done so without causing dramatic upheavals in the system.

Admittedly, in one or another episode, the response of our family courts may not always have been the most adequate, as was the case recently when institutionalized children were forbidden to visit their families during the Christmas period. Nevertheless, the overall balance is unequivocally positive.

While everyone is quick to point the finger at the justice sector when there are failures, we must also recognize its successes. And, in our opinion, the jurisdiction of family and children was able to overcome, without major problems, the difficulties caused by the pandemic emergency.

Congratulations are therefore in order to all those who, despite the particularly difficult circumstances we are living through, have been able to put before their interests those that are most important to those who dedicate themselves to this area: those of the families and, most especially, those of the children.” 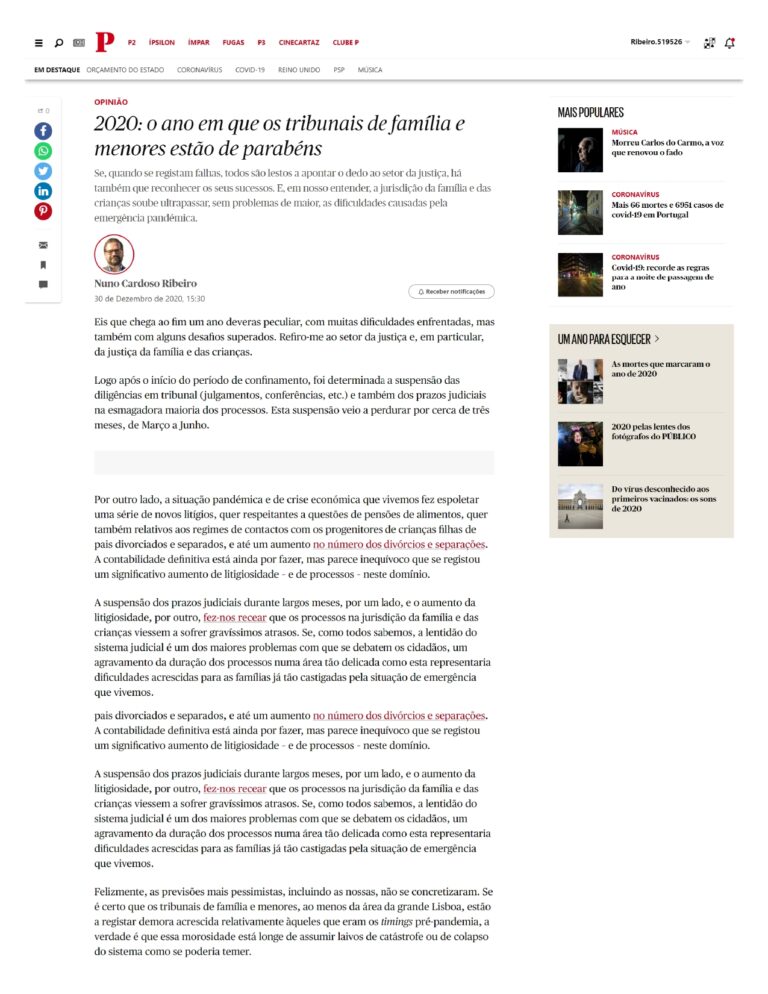 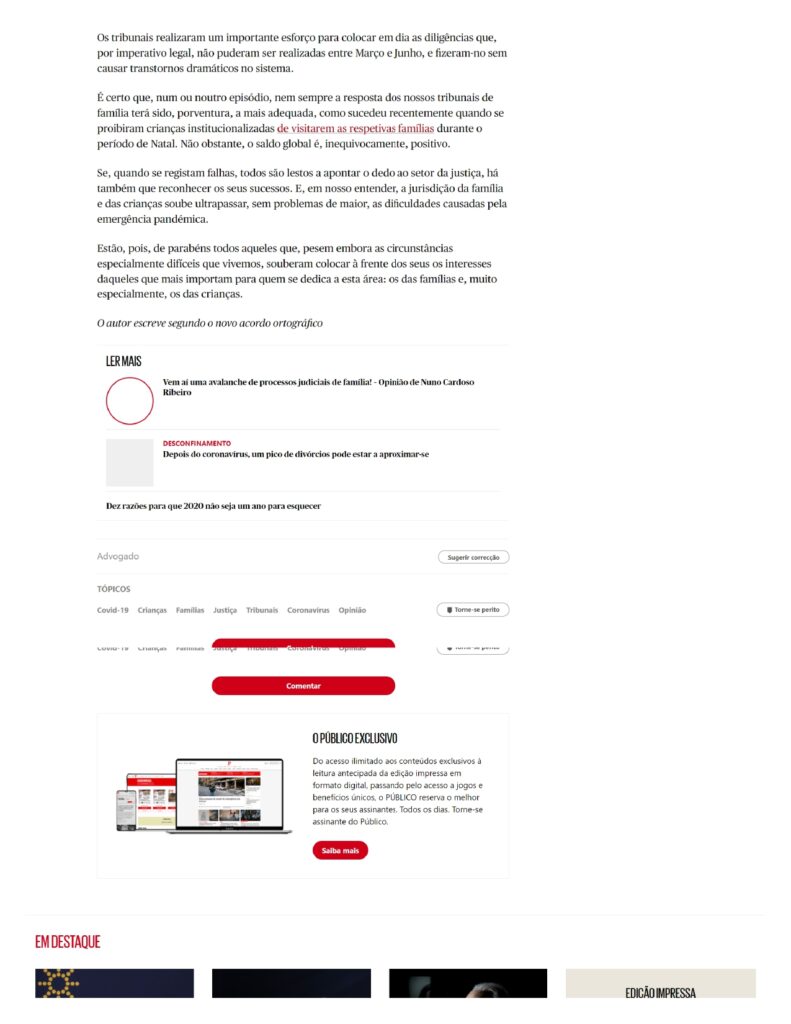