Alternate residence: what will change with the new law? – opinion article by Nuno Cardoso-Ribeiro at Público

Opinion article by our coordinator, Nuno Cardoso-Ribeiro, in the 13/10/2020 edition of Público regarding the impact of the new law on alternate residence. Read the article on Público’s website or the translation and pdf below:

“Alternate residence: what will change with the new law?

What will change in this matter when the new law that resulted from this PS-PSD agreement is published? In a word, nothing!

Last week, PÚBLICO reported the failure of the project to enshrine in law the alternating residence of children as the preferential regime in cases of divorce and separation. During the parliamentary work, the Socialist Party (PS) and Social Democrat (PSD) have reached an agreement that the law should now provide that:

“When it corresponds to the best interests of the child and considering all relevant circumstances, the court may determine the alternate residence of the child with both parents, regardless of mutual agreement to that effect and without prejudice to the establishment of maintenance.”

It should be noted that the initial drafts of the PS, BE and PAN envisaged the establishment of this regime as a rule, and not as a mere possibility.

The solution found by Parliament does not correspond, therefore, to the wishes of the promoters of alternate residence as a preferential regime, since it only establishes the possibility for the court, considering the circumstances of the case, to determine the application of this regime.

The new law will also make it explicit that the application of the regime does not depend on the parents’ agreement.

And, finally, it also alludes to the possibility of fixing a maintenance allowance, even in cases of alternating residence of the children. This means that even if the child stays for an equal period of time with both the father and the mother, one of them may have to pay maintenance to the other.

So, what will change in this matter when the new law that resulted from this PS-PSD agreement is published? In a word, nothing!

In spite of the fact that the Civil Code, especially art. 1906, does not make express reference to alternate residence, it has long been applied, either in cases of fixing the regime of exercise of parental responsibilities by agreement of the parents, or by determination of the family and minors courts. The novelty is, therefore, the explicit mention of this regime in the legal text, which, until now, did not exist.

The same can be said, by the way, about the reference to the possibility of fixing a maintenance claim. In fact, and once again, the new law will limit itself to expressly providing for what is already a solution that derives from the norms in force and is common practice in the courts. The alternating residence regime may coexist with the establishment of alimony, namely in cases where it allows the child to maintain, after divorce or separation, the same standard of living he/she previously enjoyed. This will typically occur in situations where there is a great discrepancy between the income or economic possibilities of each parent.

The new law will not, therefore, bring any real innovation, but will merely enshrine in the legal text what are already the best practices of our courts.” 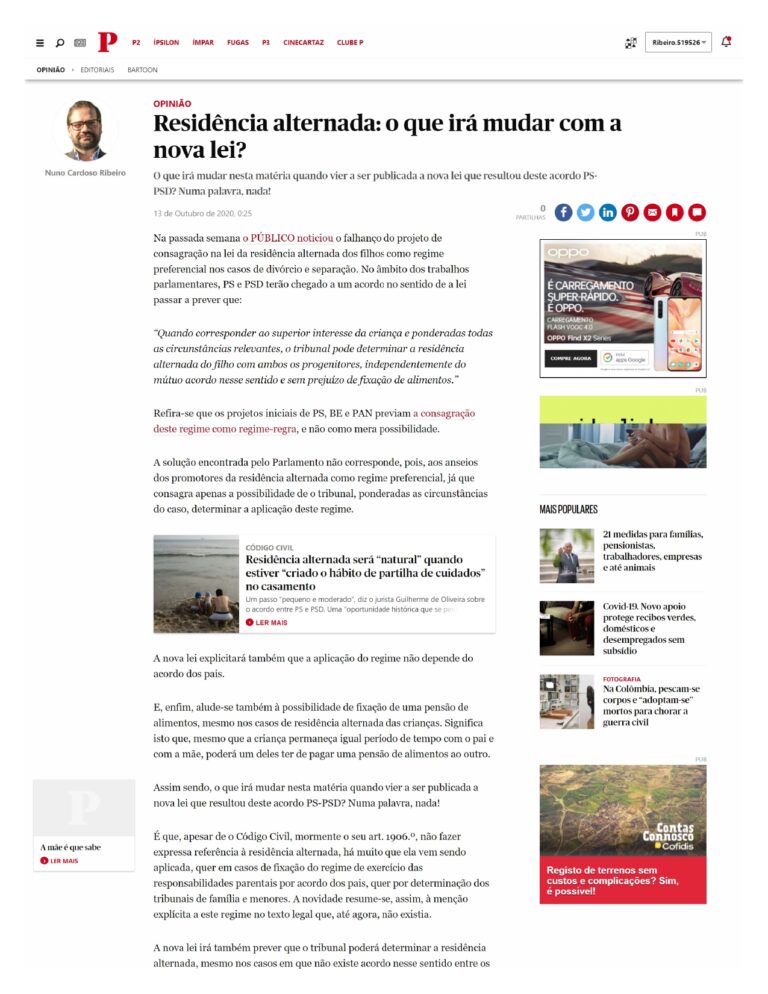 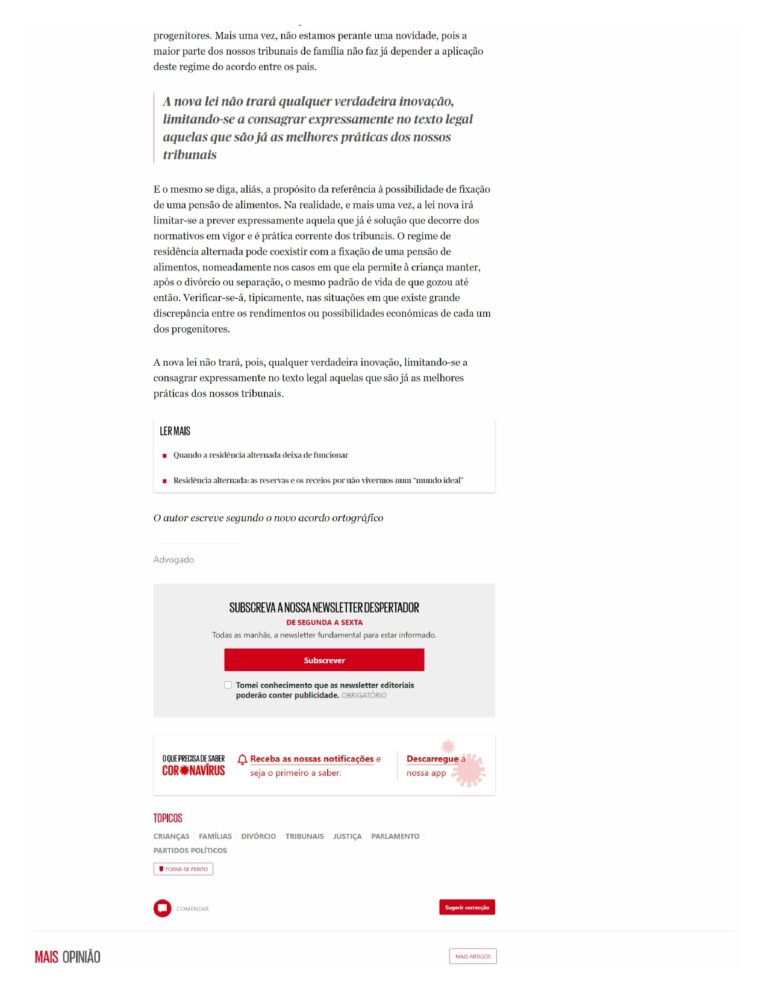