Opinion article by our coordinator in the 25/02/2021 issue of Público regarding non-marital partnerships and the right to receive compensation for domestic work performed. Read the article on Público’s website or the translation and pdf below:

Recognizing the need for legal protection that often arises in the scope of these relationships, the legislator has been gradually bringing the legal regimes of marriage and non-marital partnership closer together with each revision of the law. And the STJ, with this decision, has taken one more step in that direction. And, in our view, rightly so.

A recent decision of the Supreme Court of Justice (STJ) has condemned a man to pay his ex-partner compensation for domestic work she performed during 30 years of living together. The amount awarded by the court was 61 thousand Euros.

Until now, the STJ had already decided, on several occasions, that there is no place for any compensation due to domestic work performed in the context of a non-marital partnership.

One might say that the Supreme Court’s decision is of elementary justice: during 30 years of living together, the domestic chores fell entirely on one of the members of the couple, which allowed the other to devote himself entirely to his business and increase his assets. In the case of marriage celebrated under one of the communion of goods regimes, which are overwhelmingly the case, the couple’s common assets, in the event of divorce, would be shared between both, and thus, at least in part, both would reap the benefits of this division of tasks between the couple. In the case of the non-marital partnership, however, no common property is created, and the earnings obtained only benefit the one who has been able to dedicate himself to his professional activity, free from domestic constraints and obligations. In other words, the necessary balance of the contributions of each one to family life cannot be restored by sharing the couple’s assets.

We know, however, that there are weighty arguments for the law to define different rights and obligations for married couples on the one hand and non-marital partnership on the other. And, of course, the respect that the State should deserve for the decision of each couple that chooses a non-marital partnership over marriage. Does it make sense to impose a legal regime on them that they have voluntarily decided not to adopt?

Most Western countries have long recognized rights for members of less formal unions for a variety of reasons. Sometimes it is not a question of a real conscious choice, but of mere inertia or economic difficulties that prevent the celebration of marriage. In other cases, it is based on the erroneous conviction that de facto unions produce the same effects as marriage. In some cases it is an option of only one of the members of the couple – typically the one with better economic conditions – which is tolerated by the other. Perhaps only in a minority of cases will there be a truly free and enlightened choice by the couple.

Recognizing the need for legal protection that often exists in these relationships, the legislature has been gradually bringing the legal regimes of marriage and de facto union closer together with each revision of the law. And the STJ, with this decision, has taken one more step in that direction. And, in our view, rightly so.” 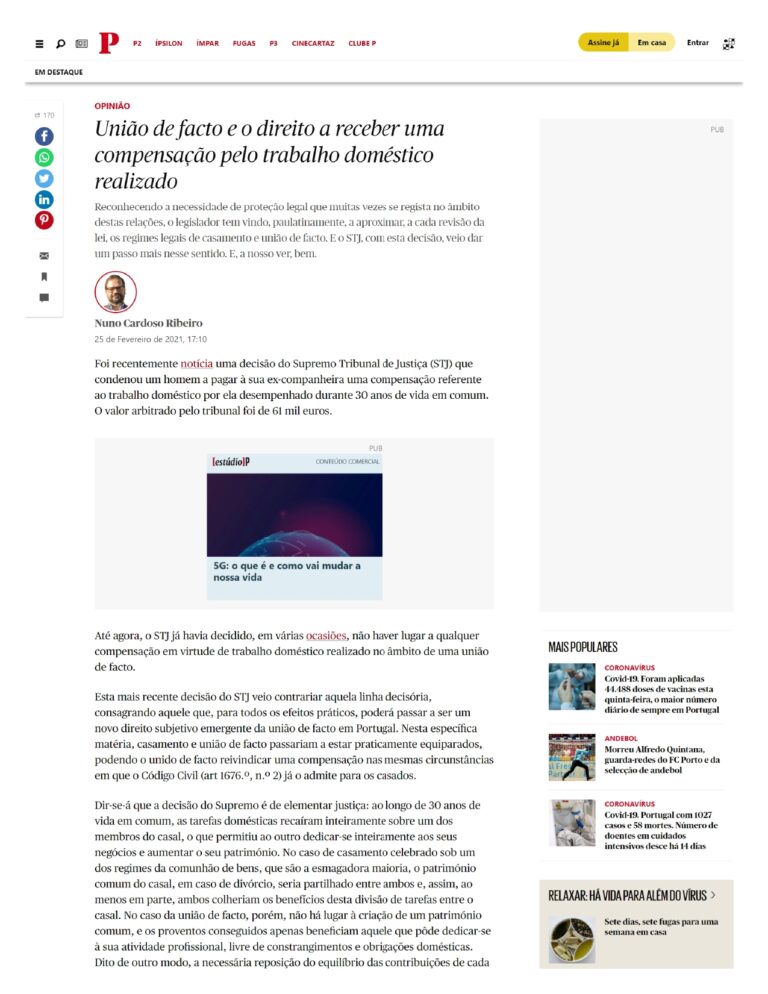 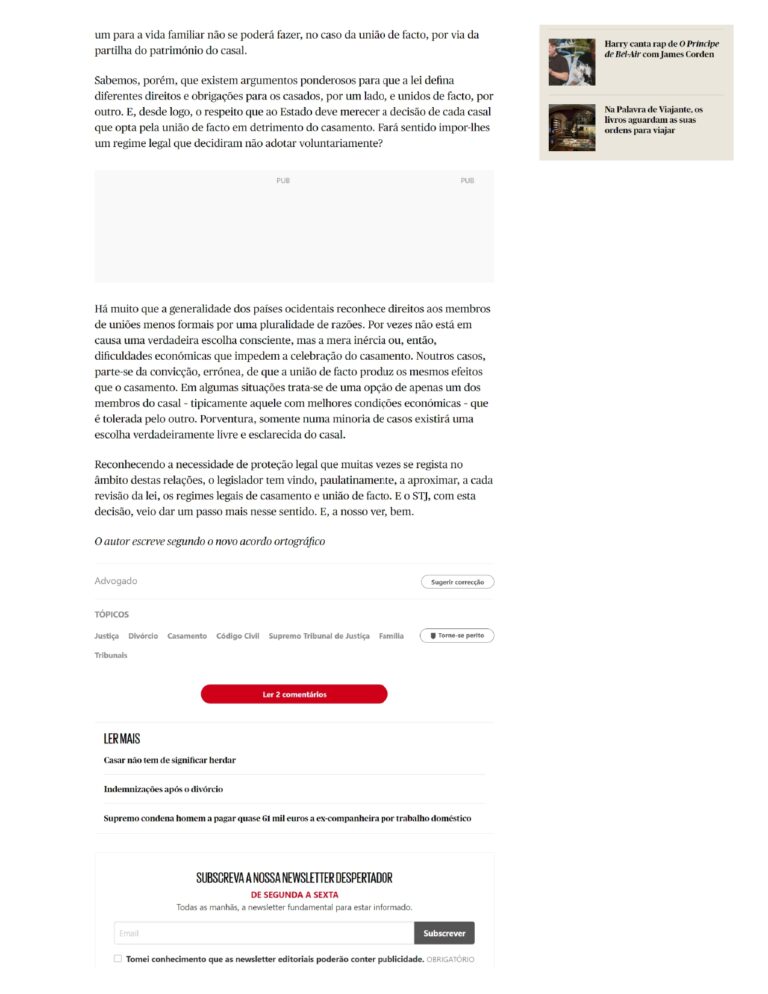