Opinion article by our coordinator, Nuno Cardoso-Ribeiro, in the 13/03/2021 edition of Público regarding the responsibility for the payment of children’s extracurricular expenses. Read the article on the Público website or the translation and pff below:

“The responsibility for paying the children’s extracurricular expenses

Schemes often simply provide that expenses for extracurricular activities will be paid in equal shares, but do not expressly make this obligation dependent on an agreement between the parents.

“The poor drafting of agreements on the exercise of parental responsibilities may (…) lead to unforeseen consequences, in this area as in many others”.

The divorce or separation of the parents imposes the definition of the rules that the upbringing of the children will obey. In the system of exercising parental responsibilities, defined by agreement or court decision, the rules of coexistence between parents with respect to their children will be set out, as well as each parent’s responsibility for the maintenance of the children. It is clear that, most of the times, such regimes are not exhaustive and leave open many issues that may be a source of conflict in the future.

One such issue relates to the responsibility for paying the costs of extracurricular activities of the children (sports, musical activities, etc.), particularly in cases where there is no understanding between the parents.

Participation in sports or musical activities, particularly those that do not pose significant health risks to children, may be decided by either parent without the consent of the other. Indeed, it is understood that this is a matter of everyday life for children and does not require the consent of both parents, unlike in matters of particular importance.

And once the child is enrolled in a musical or sporting activity, are both parents obliged to pay for it? This is a question that can – and should! – be defined in the regime, by providing that both parents will be responsible for the payment, in equal shares or different percentages, provided there is an agreement to that effect.

If the regime for exercising parental responsibilities contains no mention of these activities, payment will only be made by both parents if so expressly agreed. If there is no agreement, only the parent who decided to enroll the child in this activity over the heads of the other parent will be obliged to pay for it.

Often, however, schemes merely provide that expenses for extracurricular activities will be paid in equal shares but do not expressly make this obligation dependent on an agreement between the parents.

In these cases – and there are many – the question arises whether the parents’ consent is still necessary for both parents to be obliged to pay the costs. Now, there are several decisions from our courts that have decided joint responsibility in the case of extracurricular activities unilaterally chosen by one of the parents. And this is because the regimes were silent on the required consent. The poor drafting of parental responsibility agreements may thus lead to unforeseen consequences, in this as in many other matters.

It does not seem reasonable to impose on one parent the financing of any extracurricular activities in which the other parent unilaterally decides to enroll the child. This is because, right from the start, he or she may not have the necessary financial means: either because some expensive sports activities are not within everyone’s reach, or because the child may be enrolled in five or six different sports…

Imposing on a parent the obligation to pay for an activity about which he or she has ideological reservations (combat sports, for example) is an unjustifiable violence. And the same happens when that parent believes that the child already has an overloaded school schedule and should reserve the (scarce) free time for playing or simply doing nothing.

Parents’ consensus in matters concerning their children is always, if not required, at least desirable. And, in this matter, it should even be indispensable. Attendance at extracurricular activities should only give rise to a joint obligation to pay if previously agreed. Agreements on the exercise of parental responsibilities should not overlook this issue, as is often the case.” 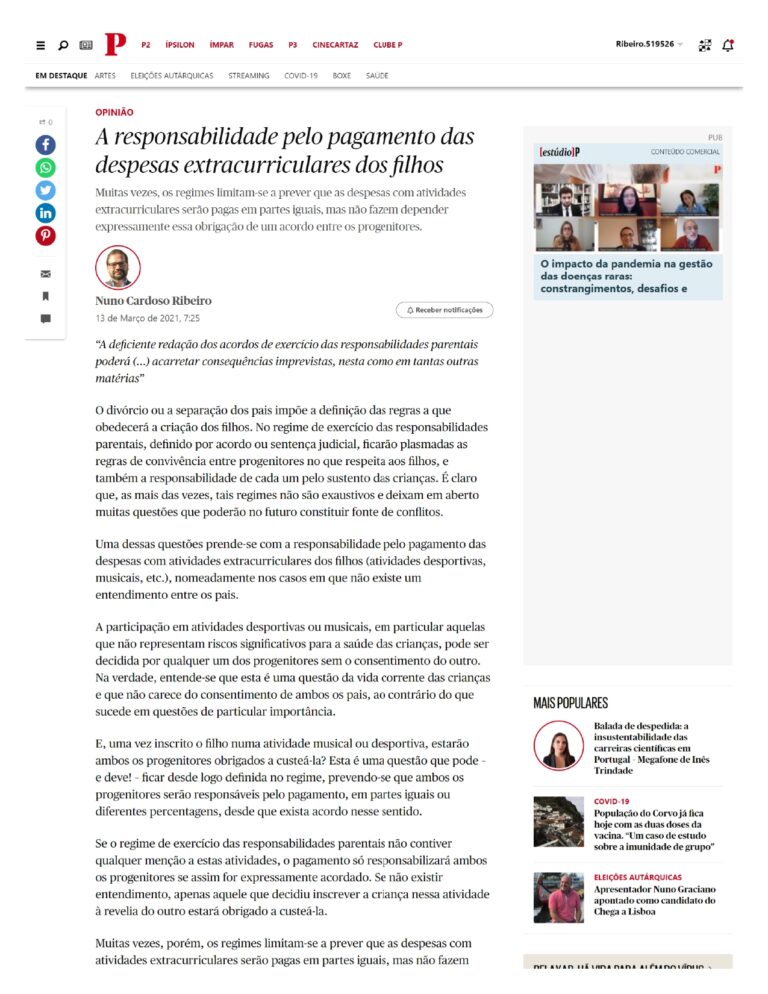 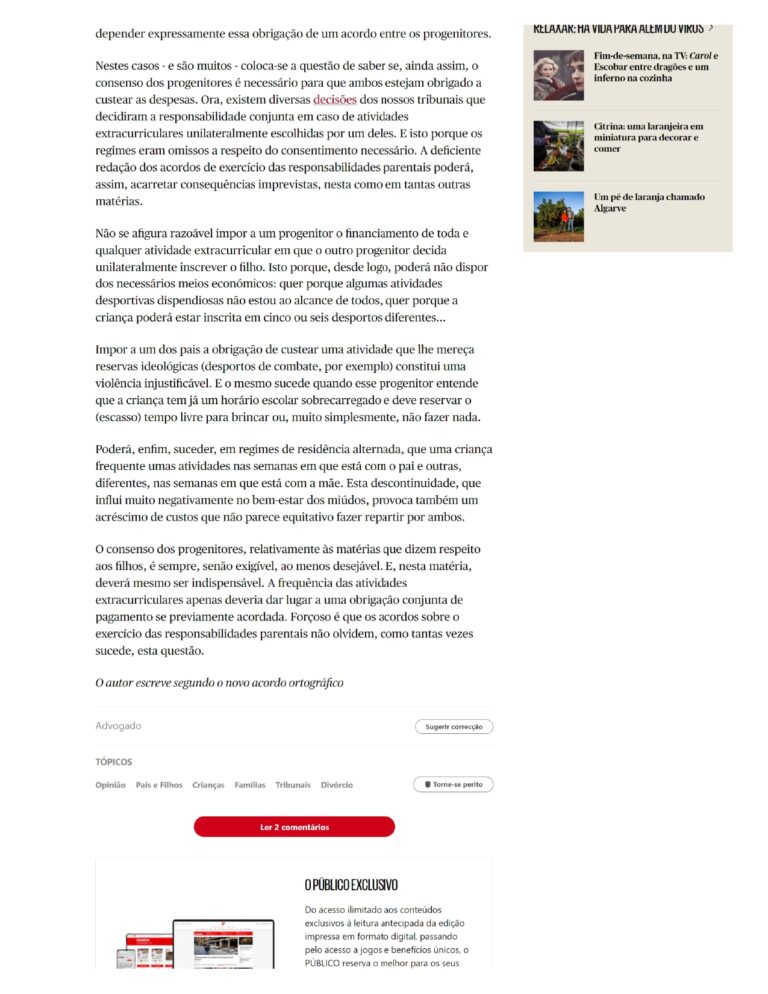