Pets and Divorce – opinion article by Nuno Cardoso-Ribeiro at Público

Opinion article by our coordinator, Nuno Cardoso Ribeiro, in the Público newspaper of 12/04/2021 regarding companion animals and divorce. Read the article on the Público website or the translation and pdf below:

Companion animals are viewed today in a totally different way than in the past. And their fate and well-being seem relevant for adults, we would venture to say that for children they may play an essential role in adjusting to the many changes divorce brings.

Companion animals play a central role in many people’s lives and are treated, in so many families, as just another element of the household. What happens to companion animals in a divorce situation? Who should they be entrusted to when the couple goes their separate ways?

Until 2017, animals were considered movable property alongside the couple’s other property, and the sharing of those that should be considered common property of the couple was decided with the division of the remaining marital assets. This meant that in cases where there was no agreement, one would have to wait for the outcome of the process (at the registry office or court), perhaps for several years.

Recognizing their different nature, the legislator stopped classifying animals as “movable property”, and defined a particular regime for them in case of divorce. Thus, with Law 8/2017, of March 3, the fate of companion animals is now included in the range of matters that should be subject to the couple’s agreement at the time of divorce. Along with the regulation of parental responsibilities regarding children, alimony between spouses, and the allocation of the family home, it will now also be necessary to agree on the fate of companion animals.

And what should the spouses stipulate with regard to the pet at the time of divorce? The law provides that the pet may be entrusted to one or the other spouse, or to both spouses, and that the interests of the spouses, the couple’s children, and the animal’s own well-being should be taken into account.

Therefore, it will be necessary to decide to whom the animal will be entrusted, and also who will bear the expenses inherent to its maintenance, since the ownership of an animal, under the terms of the law, obliges one to look after its well-being, namely by providing it with food and the necessary veterinary care.

The animal’s stays in both houses may, in fact, coincide with the children’s living arrangements with each of the parents, accompanying them in the transitions between their mother’s and father’s homes. This solution is particularly interesting if we think that animals can play an important role in the children’s adjustment to the separation from their parents.

The second aspect to be defined concerns the payment of the animals’ expenses and, in this regard, they may be divided by both spouses or borne by one spouse alone.

If an agreement regarding the animals is not possible, the divorce cannot be decreed in the Civil Registry Office, but must be taken to court, who will then decide their fate. Recourse to the courts in this context is still very residual, but not unprecedented, and it can be assumed that these proceedings will tend to increase in the future.

Companion animals are today viewed in a totally different way than in the past, being considered by many as true family members. And if their fate and well-being seem relevant to adults, we would take a chance on adjusting to the many changes that divorce brings.” 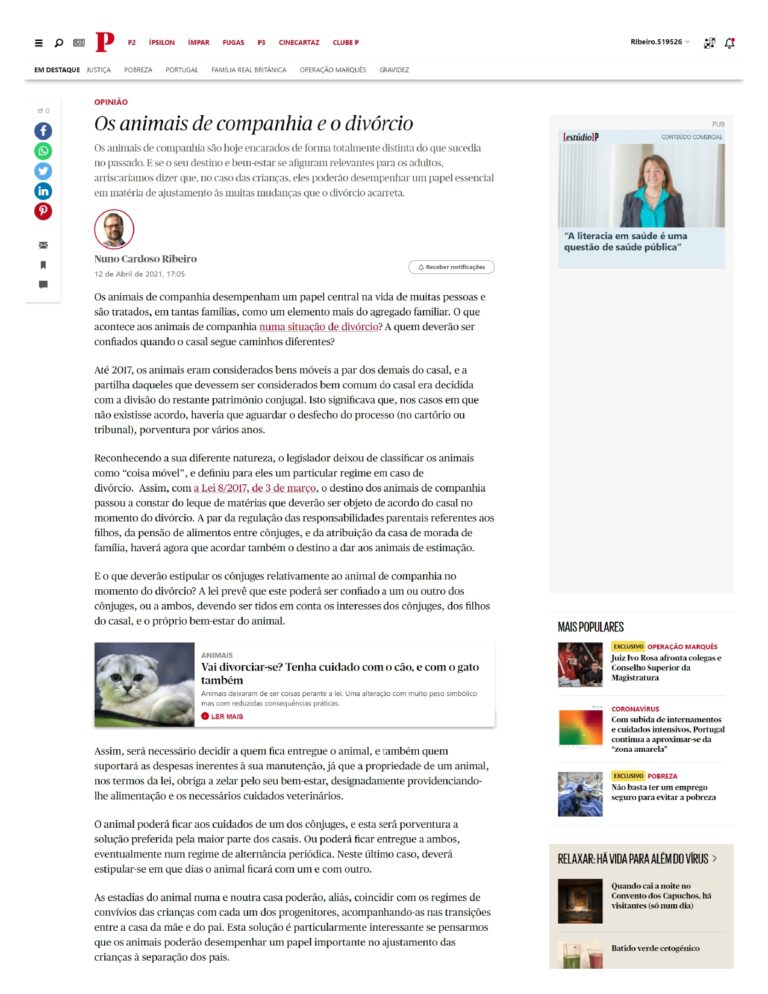 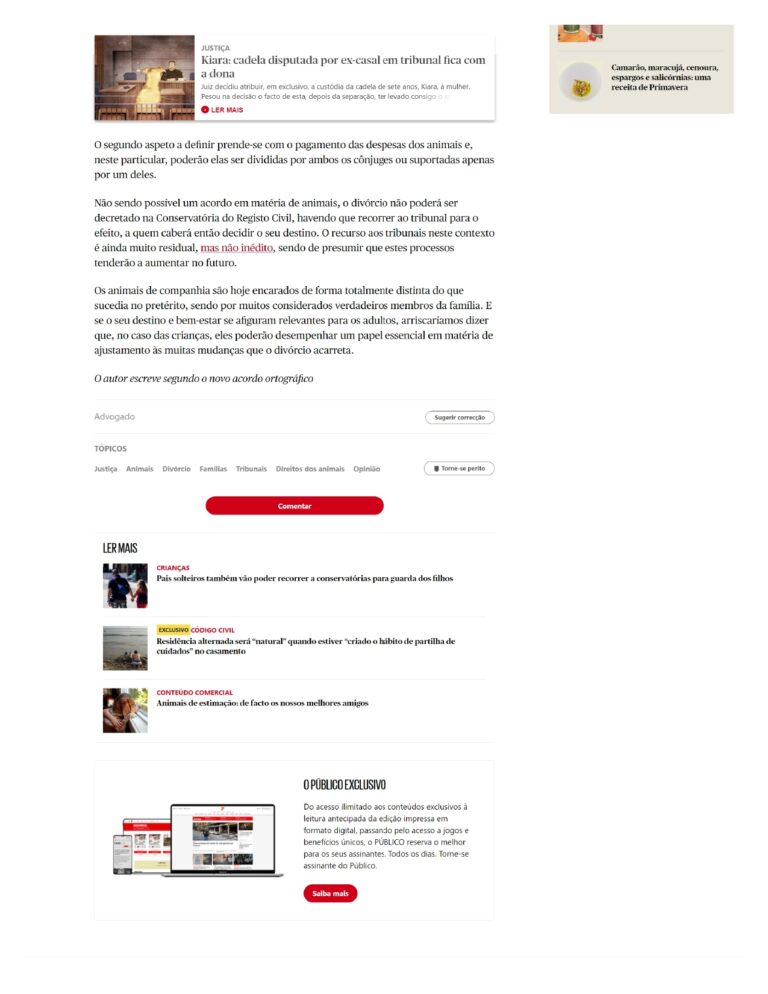