The trafficking court – opinion article by Nuno Cardoso-Ribeiro in Público

Opinion article by our coordinator in the Público newspaper of June 25, 2020 regarding the “trafficking court”. Read the article on Público’s website or the translation and pdf below:

The improved indicators in our courts are largely the result of government policies that have the exclusive result of driving citizens out of the system by making it more expensive. That way, it’s easy.

A country without a functioning justice system has no future. If citizens cannot turn to the state for justice, they will do it by themselves, or a parallel system to the state will be installed to ensure order. This is a reality that exists in many Brazilian favelas where Justice is administered by the criminal groups that control them, the so-called “trafficking court”.

Fortunately, our country is far from the Brazilian reality in many aspects, but the truth is that here too there is a significant fringe of the population deprived of access to the courts.

In theory, those with fewer financial resources will be able to resort, within the framework of social security, to the legal aid system. In practice, only the poorest of the poor will have free access to the courts. Everyone else, the overwhelming majority of the citizens of this country, are obliged to pay court costs. And the value of these is very significant.

Someone who earns a net monthly salary of 700 euros, with which he covers his current expenses such as rent, food, water, electricity, etc… and wants to file a lawsuit in court will have to pay the so-called initial court fee. If the dispute concerns a property with a patrimonial value of 110,000 euros, for example, the fee to be paid is 1020 euros. If you add your lawyer’s fees to this amount, it is easy to see that paying these amounts is unaffordable, even if you know that, under legal aid, that court fee can, in this particular case, be paid in installments.

And so, many, many civil lawsuits fall by the wayside before they even reach a court.

In the criminal forum, a shopkeeper who reports a petty theft in his store will then, in most cases, have to become an assistant in the case (€102) and bring a private prosecution, which will involve securing the services of a lawyer. Of course, these expenses are hardly justifiable when it comes to crimes involving goods of little value. And so, in one fell swoop, two birds with one stone are killed: crime statistics are improved, and pendency in the criminal courts is reduced!

The situation is convenient for the Ministry of Justice, which can consistently announce reductions in the number of pending cases in the various courts. One can see why.

The lack of means also justifies the fact that many choose to represent themselves in court, sometimes with dire consequences, and to which I have already referred in a previous article.

It is tiresome to say that the Constitution ensures universal access to justice and consecrates it as one of the primary tasks of the State, guaranteeing that no one can be deprived of it due to insufficient economic means (art. 20). The practice, as we can see, is different.

The improvement of indicators in our courts is largely the result of government policies that have the exclusive result of driving citizens away from the system, making it more expensive.

Thus, it is easy.

The criminal gangs that control the slums of Rio and São Paulo long ago realized that the maintenance of peace and order implies an active Justice system at the service of the habitants. And around here?” 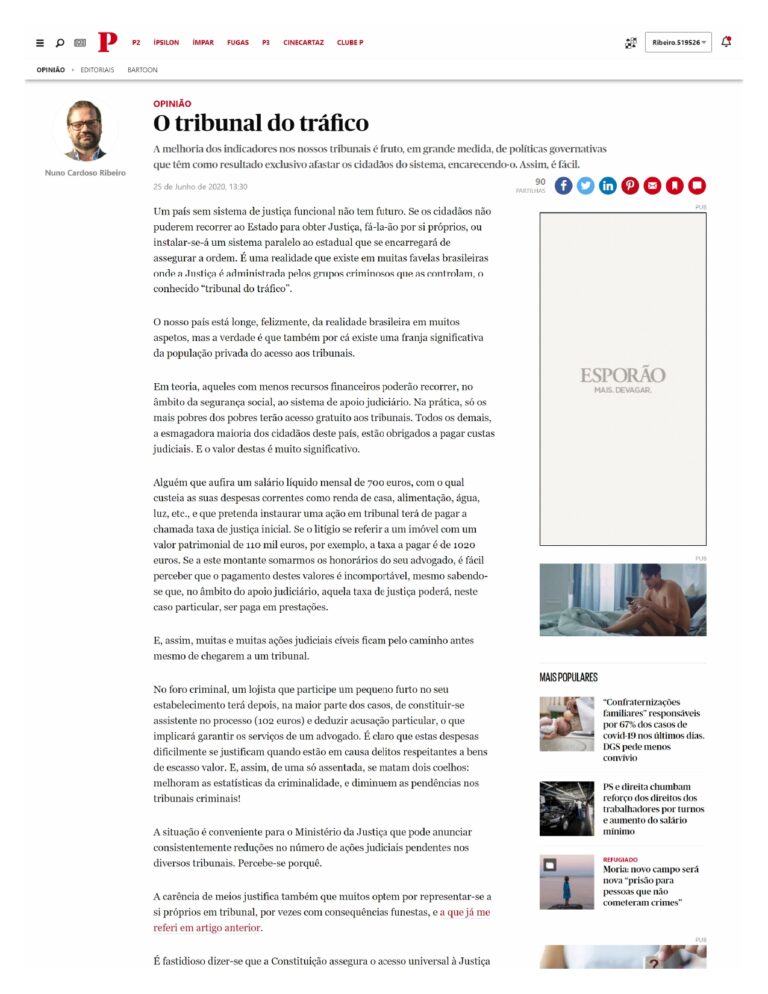 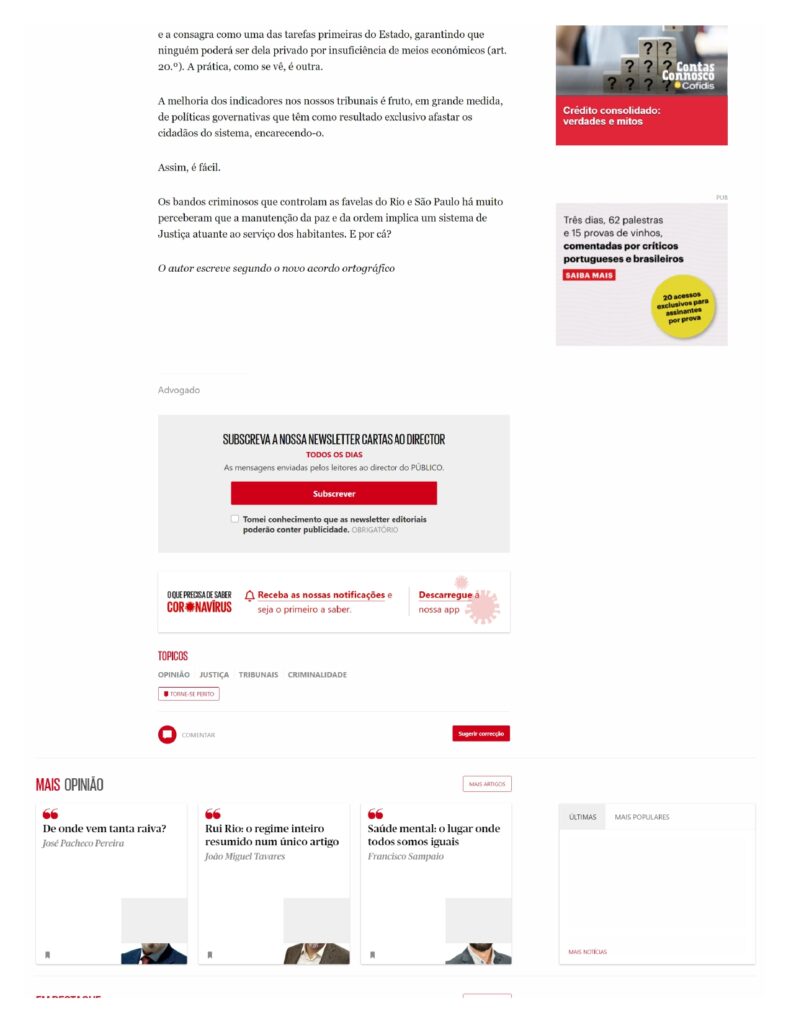